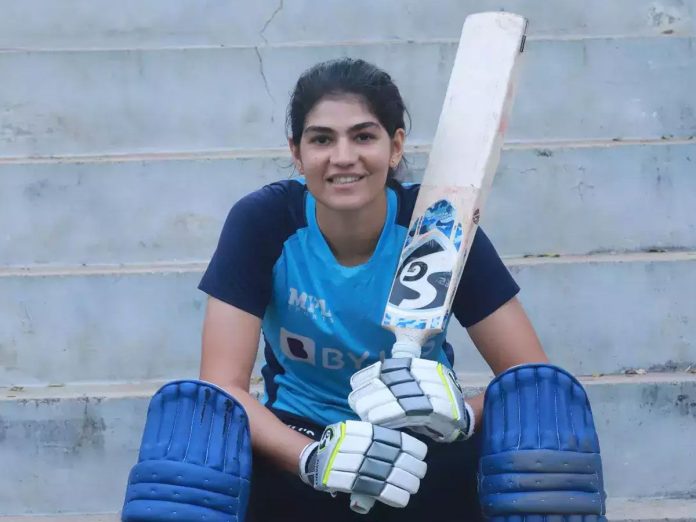 Yastika Bhatia, the prodigy player who made an outstanding T20 debut in Australia said that her training with the Pandya brothers and their applause for her stroke play boosted her confidence to play in Australia. Bhatia said, “It was great to face the Pandya brothers in a couple of sessions before I got selected in the India camp. I hit some cover drives off Hardik bhaiya’s bowling and he appreciated the shots. That really encouraged me to give my best when given a chance at the highest level”. She added, “Krunal bhaiyya also helped me with inputs on how to bat in death overs”.

Playing such a high level of bowling in practice under the watchful eye of coach Kiran More was one of her trump cards that helped her to excel in the domestic circuit where she smashed 86 against India D while playing for INDIA A in the women’s Challenger Trophy final.

Yastika also sai, “I was definitely heartbroken because I was expecting that maybe I’ll get another series where I can prove myself”. Training with Pandya brothers also helped her to strengthen herself mentally. She quoted Hardik when he told her, “‘Look, I haven’t seen a girl play as well as you do. It won’t be long before you make a comeback.'”

This gesture by HP impressed the fans, bolstering his chances of being named the captain of Gujarat Titans. Several sports analysts have considered HP’s off-field and on-field caliber by stating that if he continues to show the same trust and encouragement towards the youngsters in his team, Gujarat Titans, can emerge as serious title contenders in the upcoming IPL.

Hardik was also seen joining hands to boost the spirit of the ‘Women In Blue’ in their match against New Zealand that was held yesterday. The motivation from such top-players can actually help in boosting the morale of the women cricket team.