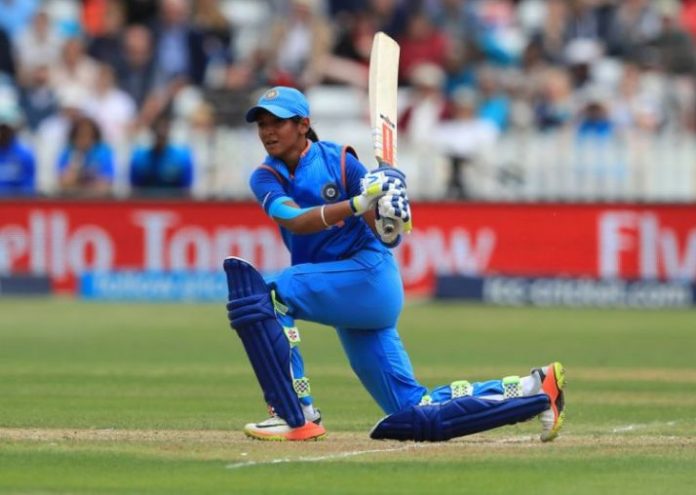 India skipper Harmanpreet Kaur steered her side to a comfortable victory against England in the opening game of the T20I tri-series in Canberra on Friday. The Women in Blues restricted England to 147/7, after a fantastic display from spinners Rajeshwari Gayakwad (2/19), Deepti Sharma (2/30) and left-armer Radha Yadav (1/33). India chased down the target with three balls to spare as Harmanpreet remained unbeaten at 42 off 34 balls.

Upon winning the toss, India opted to field first and the bowlers reduced a formidable English batting order to 59 for 4 in 10 overs. Harmanpreet’s counterpart Heather Knight then came to the rescue with a crucial knock of 67 off 44 balls (her career-best) along with Tammy Beaumont who played a lively innings – leading England to a decent total of 147 in 20 overs.

India started their chase brilliantly as youngsters Shafali Verma and Jemimah Rodrigues took the score to 64 in just 8 overs. But luck favoured England in the middle overs, as they staged a strong fightback getting rid of both the set batters. However, skipper Harmanpreet led from the front and finished the match with composure even when India were half-a-side down at 122.

Earlier in the day, Rajeshwari Gayakwad who was playing her first T20I game since June 2018, removed opener Jones in her first and Danni Wyatt in the second over as England struggled throughout the Powerplay. However, India’s fielding wasn’t up to the mark as they dropped Nat Sciver on 8 and Heather Knight twice, once on 5 and the second on 13.

But the main talking point of the fixture was when English keeper Amy Jones, took a brilliant catch to dismiss Smriti Mandhana, but the action replay showed that the ball had fallen to the ground before reaching her hand, as the third umpire reversed the decision much to her discontent.