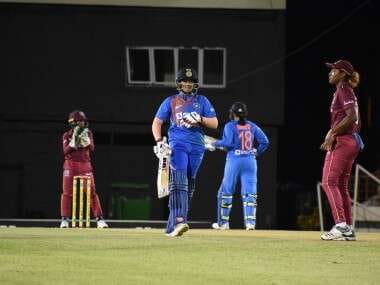 15 Year-old Shafali Verma and Vice-captain Smriti Mandhana came together to thrash West Indies in the first T20 at Gros Islet. Both the Indian openers scored half-centuries after Hamanpreet Kaur won the toss and elected to bat. Shafali Verma became the youngest Indian to score a half century as she broke the 30 year old record held by legendary Indian Batsman Sachin Tendulkar. 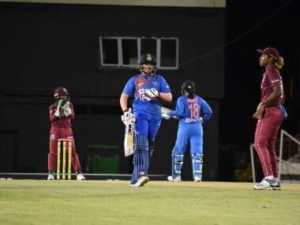 Shafali Verma and Mandhana put up a century run partnership which was then followed by a late blitz by Captain Kaur who scored a 13 ball 21 and middle order batter Veda Krishnamurthy as India completed on 185 runs for the loss of 4 wickets.

A splendid performance by Poonam Yadav, Radha Yadav and Shikha Pandey all took 2 wickets as Windies women could only score 101 runs in their allotted 20 overs.

No batter or bowler could stand up for the Windies as Shermaine Campbelle laboured for her 34 ball 33 and Anisa Mohammed and Selman took two wickets, but that didn’t have any affect on the Indians as they went with their job.