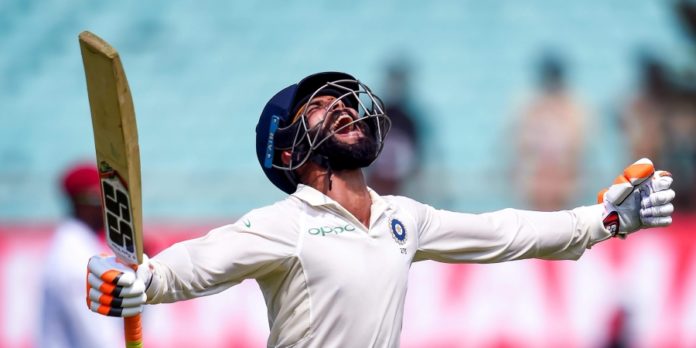 Ravindra Jadeja is thankful for the faith Virat Kohli had in him and is glad that he could repay with a crucial half-century. Questions were asked when he was selected in the playing XI for the first Test against West Indies, and Jadeja replied in style with his vital 58 from 112 balls. Him and Ishant Sharma put up a 60-run partnership for the eighth wicket, helping India to reach 297 in the first innings. 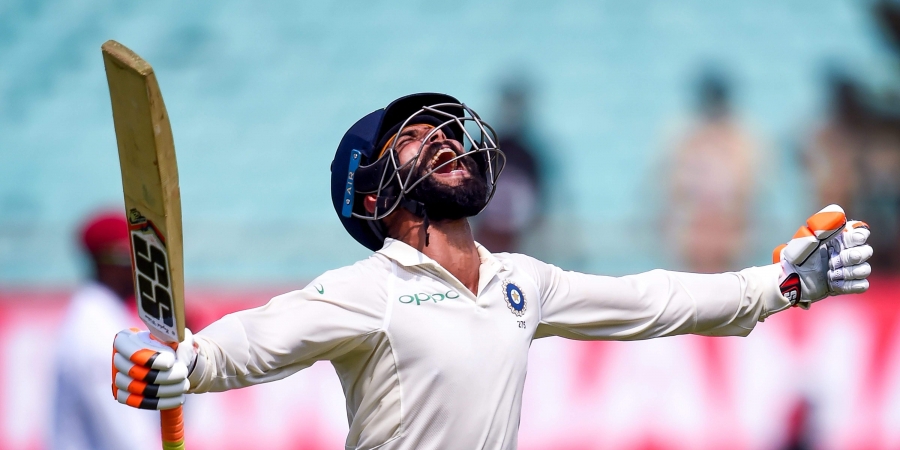 The Saurashtra man was preferred over Ravichandran Ashwin and Kuldeep Yadav in the final XI and former Indian captains Sunil Gavaskar and Sourav Ganguly raised questions about that decision. But, after being asked to bat first, India was in a spot of bother with the score at 189/6, when Jadeja along with the tail-enders propelled India’s innings to a respectable score of 297 in the first innings.

“I was focusing on my game, I was not thinking about what is going on outside, what others think. I was just trying to give my best on the field,” said Jadeja who also took one wicket for 58 runs from his 10 overs as the West Indies ended the second day’s play at 189 for eight in their first innings.

The allrounder then expressed his gratitude for the trust his captain put in him saying, “I did not have any pressure to perform. Obviously, you feel good when the skipper believes in you, considers you as main player. It boosts your confidence because your captain is showing confidence in you. Luckily, I have been able to repay the faith by performing well. I will keep doing the same in future also.”