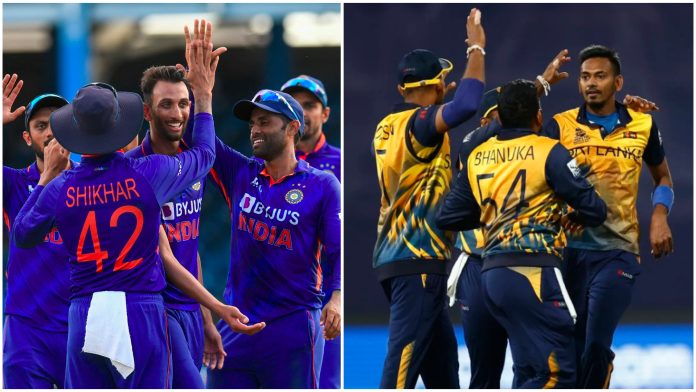 India are set to host Sri Lanka in the first T20I of the three-match series on Tuesday, January 3 at the Wankhede Stadium in Mumbai.

Hardik Pandya is all set to lead the young Indian team in this series along with Suryakumar Yadav, who has been appointed as the vice-captain for this series. Men in Blue had lost the semi-final of the T20 World Cup last year. Ever since the disappointing outing, there has been uncertainty over the team’s future. With Hardik in the realm, the Indian team management might have hinted at how the team will look in the future. However, there are doubts over the combination of players.

Meanwhile, Sri Lanka won the Asia Cup last year after defeating Pakistan in the final. However, that can’t be said for their T20 World Cup campaign. They endured a loss in their opening game against Namibia and then lost three out of four matches in their last stage.

Asitha Fernando and Jeffery Vandersay, who were a part of the T20 WC squad, have not been picked for this series. Vandersay, however, is in the ODI squad, which will start on January 10. Dushmantha Chameera is yet to recover from the injury he sustained during the World Cup and is out of the squad. Some players who had a great outing in the recently completed Lanka Premier League have found their place in the team.

India are the favorites and priced at 1.33 meaning if you bet ₹100 on them and if they win the match, you’ll be making ₹133.

The iconic Wankhede Stadium has hosted just seven T20Is so far. The average first innings score in T20Is at this venue is 195 runs. India and Sri Lanka have played one T20I game here and won that game by five wickets. The team batting second has won five out of the seven matches here. The toss would be very crucial. Despite the new combinations, India are expected to get the win.

You can wager on today’s India vs Sri Lanka match as India is headed into this match as the heavy favourite.