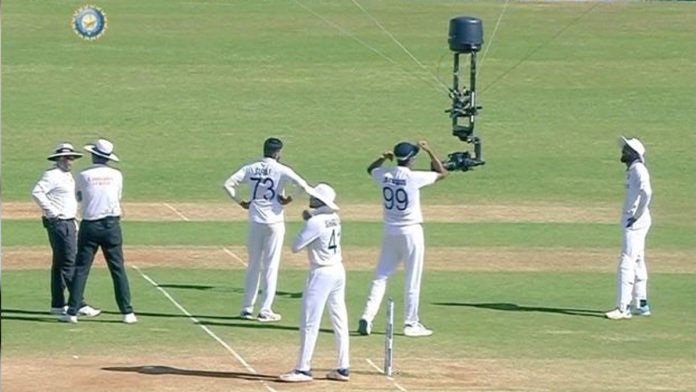 Bizarre scenes unfolded on Day 3 of the second and final Test between India and New Zealand at Wankhede Stadium in Mumbai on Sunday. The spider camera got stuck near the pitch which disrupted the play. This incident led to the umpires putting an early end to the second session as they called for tea. After New Zealand lost their captain Tom Latham’s wicket in chase of 540 runs, the spider camera got stuck. Indian off-spinner Ravichandran Ashwin was seen having some fun with the camera. 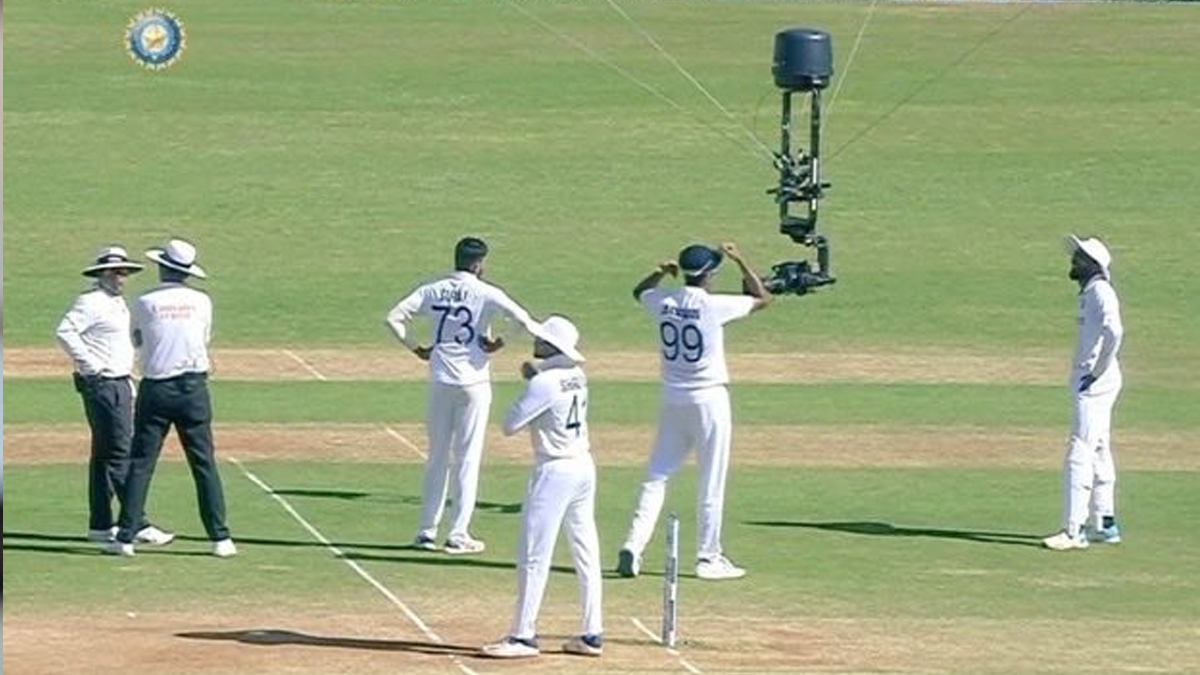 India are eyeing to pick up the win against NZ

New Zealand reached 13 for 1 at tea with Ashwin dismissing captain Tom Latham leg before wicket for six before the interval. The hosts declared their second innings closed on 276 for seven after scoring quick runs in the day’s second session.

The hosts managed to bundle the visitors out for only 62 runs in their first innings in reply to their 325. India are hopeful that their bowlers have enough time left in the contest to dismiss New Zealand after the opening test in Kanpur ended in a thrilling draw, with the touring side’s last batting pair hanging on in the final session.

Mumbai-born Ajaz Patel became the only third bowler to pick up all 10 wickets in an innings. He picked up four more in India’s second innings to take his match tally to 14.

The New Zealand fast bowlers once again failed to pick up a wicket but managed to restrict the Indian batters from scoring freely with a line aimed at their body from around the wicket. Resuming the third day on 69-0, India openers Mayank Agarwal and Cheteshwar Pujara extended their partnership to 107 before Ajaz sent the former back.

Agarwal top-scored with 62 while useful contributions from Shubman Gill (47) and Cheteshwar Pujara helped India gain a massive lead over their opponents. Axar Patel then scored an unbeaten 41 off 26 before India declared their second innings.