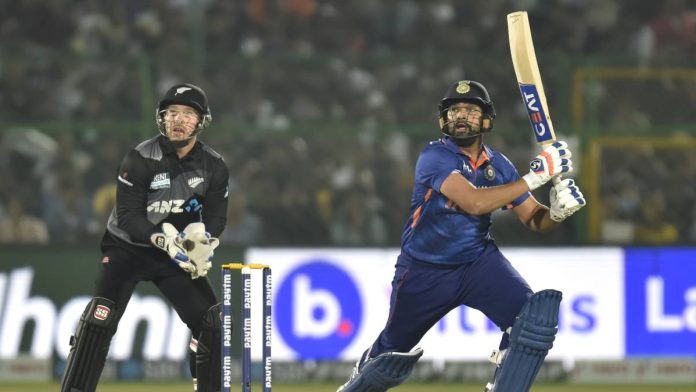 India and New Zealand are set to lock horns in the third and final match of the three-game T20I series. The clash will take place on Sunday, November 21 at the Eden Gardens, Kolkata.

Rohit Sharma-led-Team India are already up 2-0 in the series and have bagged it. On Friday, the Men in Blue defeated the Black Caps by seven wickets at the JSCA International Stadium Complex in Ranchi. Debutant Harshal Patel was the most impressive player with the ball for Team India, picking up two wickets. Rohit Sharma and KL Rahul’s 117-run stand for the opening wicket set the platform for India’s run chase. Rahul made 65, while Sharma contributed 55.

Mohammed Siraj had injured his finger in the first game, and might return into the eleven in place of either Bhuvneshwar or Rahul Chahar. While, Harshal Patel may get another chance after his incredible show on debut.

The Indian bowlers made an incredible comeback and had restricted New Zealand to 153 for six. Martin Guptill scored 31 to surpass Virat Kohli as the all-time leading T20I run-scorer. While Daryl Mitchell, Mark Chapman, and Glenn Phillips also made contributions. But James Neesham and Tim Seifert found the going tough, as they scored only 16 runs off 27 balls.

Pacer Tim Southee eventually got the opening pair of India, who eventually chased down the target with as many as 16 deliveries to spare.

India are the favorites and are priced at 1.30 meaning if you bet ₹100 on them and if they win the match, you’ll be making ₹130.

New Zealand are the underdogs and priced at 3.25 meaning if you bet ₹100 on them and if they win the match, you’ll be making ₹325.

India bowed out of the T20 World Cup 2021 in the Super 12 stages while New Zealand lost in the finals against Australia. The hosts will be eyeing to repeat the performance from the previous two games and get the better of NZ. In the batting department, the Men in Blue have dominated. India are likely to get away with the win and finish the series with a whitewash.