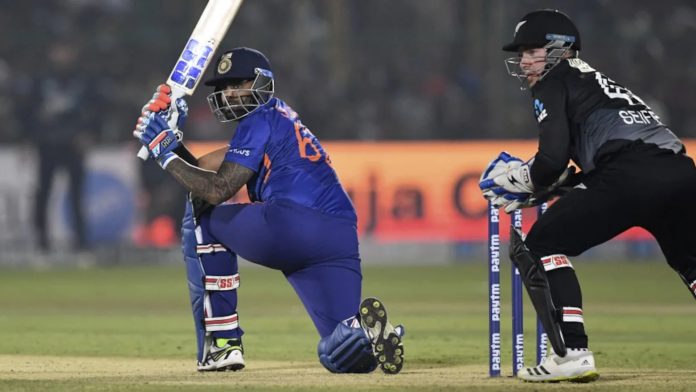 India and New Zealand are set to lock horns in the second match of the three-game T20I series. The clash will take place on Friday, November 19 at the JSCA International Stadium Complex, Ranchi.

Team India are brimming with confidence after the first victory in the series against the visitors, despite a forgettable run in the recently concluded T20 World Cup. Under the new management of Rahul Dravid and Rohit Sharma, the Men in Blue kickstarted the new era on a high note. Rohit Sharma’s 48 and Suryakumar Yadav’s 62 guided the home team to victory in the first match of the series. Though they suffered a late stutter, they managed to overcome and bagged a win to lead the series.

New Zealand headed into the 1st T20I after a heartbreak in the finals of ICC T20 World Cup against Australia. After losing the toss and being asked to bat first, the Kiwis lost Daryl Mitchell early but Martin Guptill and Mark Chapman kept the side in the match. The latter went on to tally his second T20I fifty; his first for New Zealand. After his dismissal, Guptill’s 70 runs from 42 balls helped his team put a decent total of 164.

India are the favorites and are priced at 1.30 meaning if you bet ₹100 on them and if they win the match, you’ll be making ₹130.

New Zealand are the underdogs and priced at 3.50 meaning if you bet ₹100 on them and if they win the match, you’ll be making ₹350.

India bowed out of the T20 World Cup 2021 in the Super 12 stages while New Zealand lost in the finals against Australia. The hosts will be eyeing to keep up the momentum and bag a win against the Kiwis. They are known for their fighting spirit. The second T20I is a must-win affair for the visitors. However, India are likely to get away with the win to lead the series by 2-0.