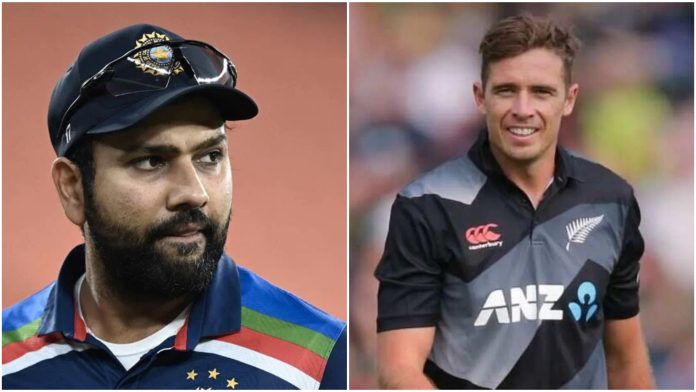 India is set to host New Zealand on Wednesday, November 17 at the Sawai Mansingh Stadium, Jaipur for the 1st T20I match. They are set to clash in the three-match series followed by Test Series.

India had a poor run in the recently concluded ICC T20 World Cup. Virat Kohli has stepped down as the captain in the shortest format. While Ravi Shastri’s reign as the coach has also ended. It’s a new era under the captaincy of Rohit Sharma and Rahul Dravid as the coach. A few of the regulars like Kohli, Jasprit Bumrah, Mohammad Shami, Ravindra Jadeja have been rested for this series. It gives an opportunity to the IPL performers to take the center stage.

New Zealand recently endured heartbreak at the hands of Australia in the final of the recently concluded ICC T20 World Cup. Kiwis and the Men in Blue were in the same group and the former defeated the latter which ultimately knocked them out from the group stage.

New Zealand went on to qualify for the semi-finals and defeated England there. However, they faced a high-spirited Australian team in the final that got the better of the Black Caps. Skipper Kane Williamson has been given rest for the T20s so that he is fresh for the following Test series. Seasoned pacer Tim Southee will lead the team in his absence.

However with Trent Boult for company and dangerous Daryl Mitchell in the top-order, New Zealand will be more than a handful in this series.

India are the favorites and are priced at 1.44 meaning if you bet ₹100 on them and if they win the match, you’ll be making ₹144.

New Zealand are the underdogs and priced at 2.75 meaning if you bet ₹100 on them and if they win the match, you’ll be making ₹275.

India bowed out of the T20 World Cup 2021 in the Super 12 stages while New Zealand lost in the finals against Australia. However, India have the advantage of their home ground in Jaipur. Dew is likely to play a major role in the game but Rohit Sharma and co. are likely to clinch the match.