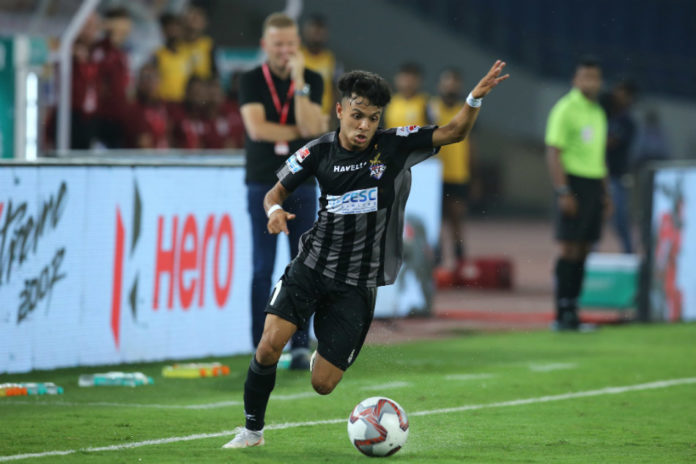 ATK’s right midfielder and U-17 World Cup star Komal Thatal got a call-up from Stephen Constantine for the Jordan international friendly match to be held on 17th November. One ought to note that this is not the final squad which will cross swords with the Middle-East nation. It will be trimmed down to 23 later, and Komal Thatal can be a part of it if he impresses the gaffer at the national camp in Delhi.

Sunil Chhetri was ruled out of the squad owing to an ankle injury he suffered against Kerala Blasters. The coach needed a replacement and he turned towards Komal for it.

The 18-year-old started 5 games for the two-time defending champions and even scored a goal against Bengaluru FC in their match at Hero Indian Super League on 31st October.

Constantine wants those players in the wings who can whip in dangerous crosses as well as help out the team in defense. Komal Thatal isn’t that effective in the attacking aspect as compared to players like Michael Soosairaj, Seimenlen Doungel, or Lallianzuala Chhangte. However, he makes it up by helping the defense as he has 7 tackles, 5 interceptions, 2 clearances, and 3 blocks to his name.

Only time will tell if he is selected in the final squad and will represent India against Jordan. Nonetheless, practicing with national team regulars like Sandesh Jhingan, Jeje Lalpekhlua, and Gurpreet Singh Sandhu will prove to be extremely beneficial for the youngster.