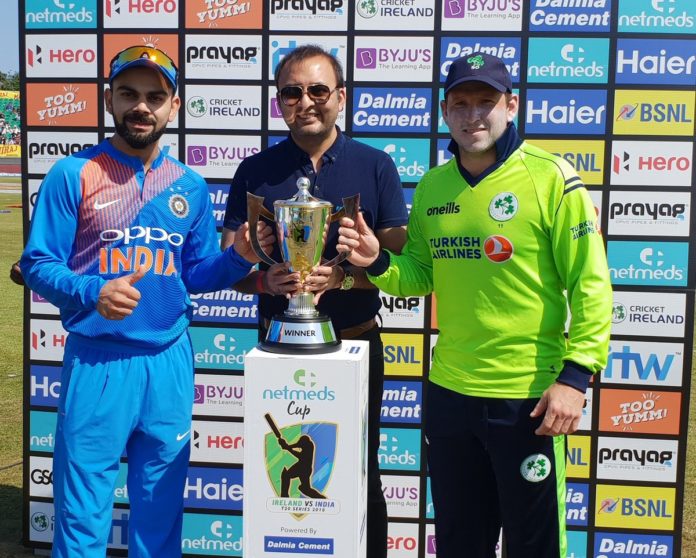 India’s tour to Ireland embarked with a dominating 76 run victory over Ireland, as the visitors proceeded to take a 1-0 lead in the series. 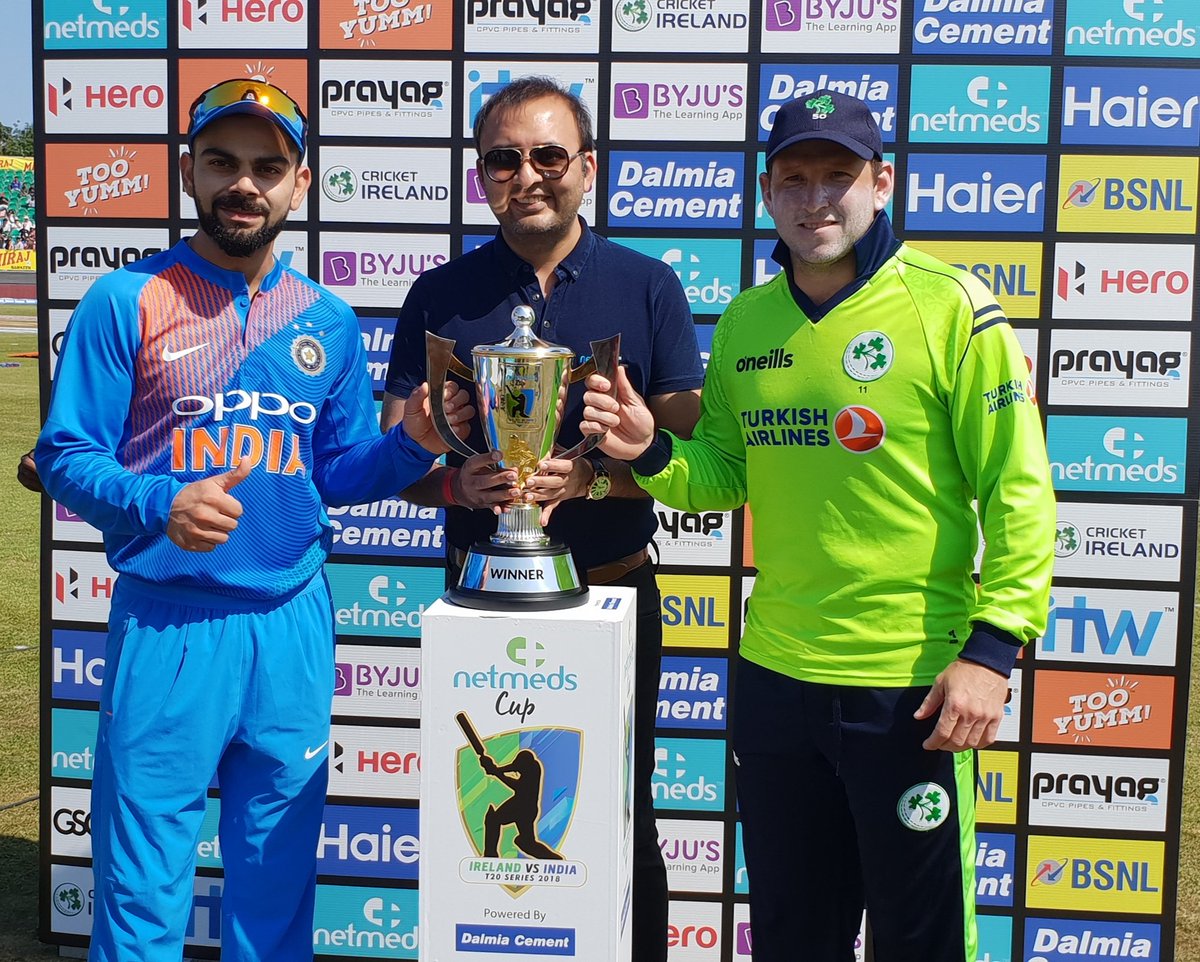 Opening batsmen Rohit Sharma and Shikhar Dhawan were on song after the Irish asked the Men In Blue to bat first after winning the toss at Dublin. The long-time openers strung a spectacular 160 run opening stand. Sharma missed out on a well deserving ton by 3 runs as he was dismissed in the final over.

Few lusty blows by MS Dhoni and Hardik Pandya in the final overs helped India steer towards a mammoth total of 208-5.

Ireland’s chase began on a sour note as in-form batsman Paul Stirling was dismissed for 1 by Jasprit Bumrah. The powerplay did not go smoothly for the Irish as they were often troubled by Bhuvneshwar Kumar’s impeccable line and length.

Fellow opener James Shannon was the only batsman to offer resistance as he waltzed his way to 60 off just 35 deliveries. Spinners Chahal and Yadav shared 7 wickets amongst them as the Men In Green failed to build partnerships before ultimately finishing with 132 for the loss of 9 wickets.

.@imkuldeep18 takes a four for.

He has also attained his best T20I bowling figures of 4/21 in this game.#IREvIND pic.twitter.com/I43E8T6MeF

India vs Ireland: Preview for the first T20I – Will the Indian Tigers set a marker for what is about to come?