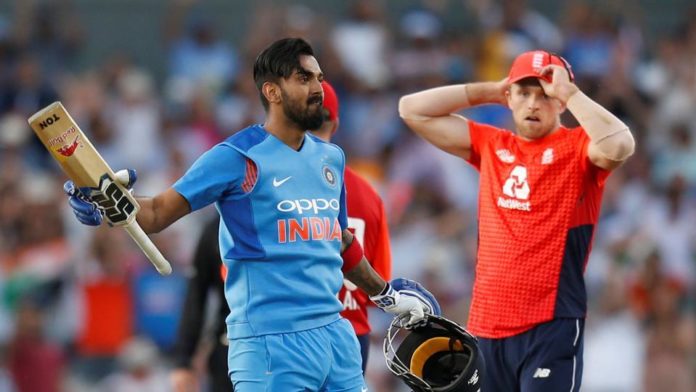 India eased their way over to an eight-wicket victory over the hosts in a dominant fashion after ousting England in all the three departments of the game. 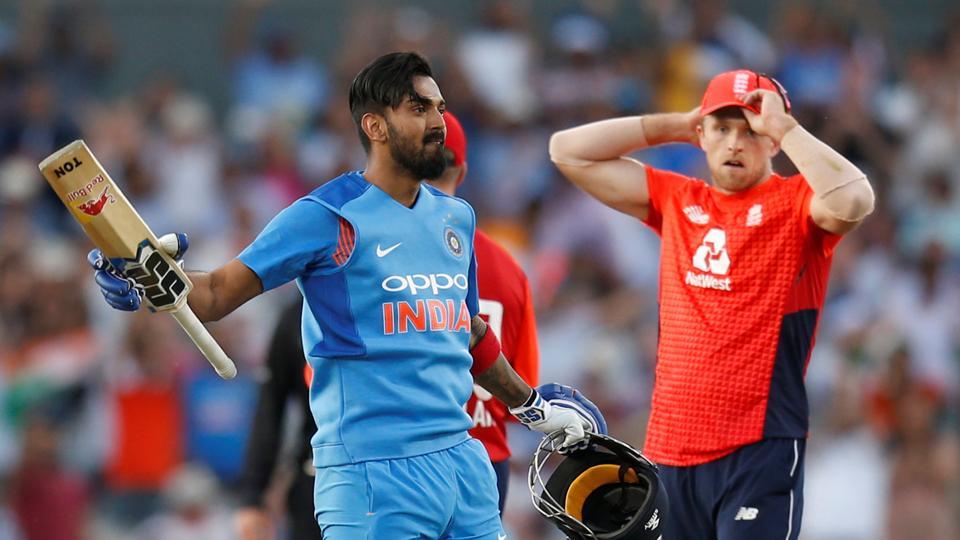 After Kuldeep Yadav’s spin web over the hosts restricted them to a total of 159-8, it was time to KL Rahul to take the baton.

Promoted above Virat Kohli at the No.3 spot, the Kings XI Punjab bat continued his form over from the IPL and marched his way over to his second T20I hundred in 53 deliveries.

Rahul became the second Indian after Rohit Sharma to register 2 T20I hundreds. The 26-year-old showed no mercy as he feasted upon the bowlers en route his hundred.

Here is how the Twitter Universe reacted to his magnificent innings

What a phenomenal talent KL Rahul is. So pleasing to the eyes. High time he is an automatic pick across formats. All class #ENGvIND

This is L Rahul's first century for India 🇮🇳across any format since his 199 against England at Chennai in Dec 2016.
Between these two 100s, he managed 14 fifties in 30 matches, 35 innings!#EngvInd

After this match, KL Rahul has a batting average of 55.91 in Twenty20 Internationals – the highest for any player who has played at least 10 innings in this format.#ENGvIND #INDvENG

KL Rahul can play everything! Everything and everything. Thanks to Kohli for sending him at 3.#ENGvIND

Cricket: Top executive to step down from post after 2019 ICC World Cup