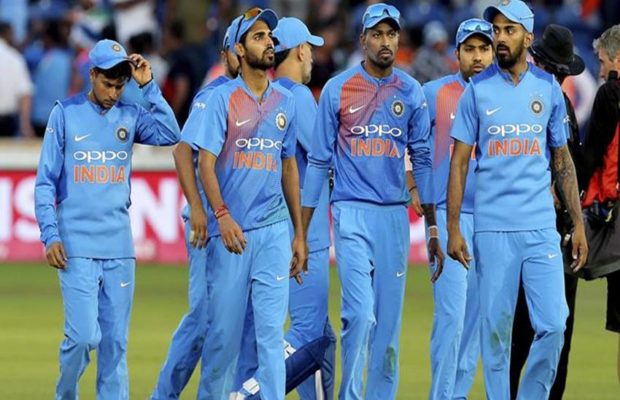 As the Men In Blue gear up for the first of the 3 match ODI series against England, skipper Virat  Kohli has to deal with the nagging injury concerns which started with the ruling out of Washington Sundar and Jasprit Bumrah prior to the England tour.

Pacer Bhuvneshwar Kumar is the next name on the list as the Meerut native is apparently not yet recovered from a stiff back and is doubtful to take the field for the first ODI at Trent Bridge.

The Sunrisers Hyderabad pacer was seen jogging with the teammates ahead of the first game, but did not bowl along with his teammates Umesh Yadav and Siddharth Kaul.

Rohit Sharma revealed the condition of the pacer and feels that Kumar is fine. Sharma said:

“Bhuvi [Bhuvneshwar Kumar] has come here to train. He’s going to see how the net session goes for him. He’s going to try and bowl and see how he feels. Obviously, the physio and the captain will take the call later once we finish his training session, but he looks fine to me as of now. Hopefully, he’ll be ready to take the field tomorrow,”.

Bhuvneshwar Kumar is in danger of missing the Trent Bridge ODI #ENGvsIND https://t.co/YkbzcUYXH6

Cricket: MS Dhoni talks about why he doesn’t take the center stage in trophy celebration