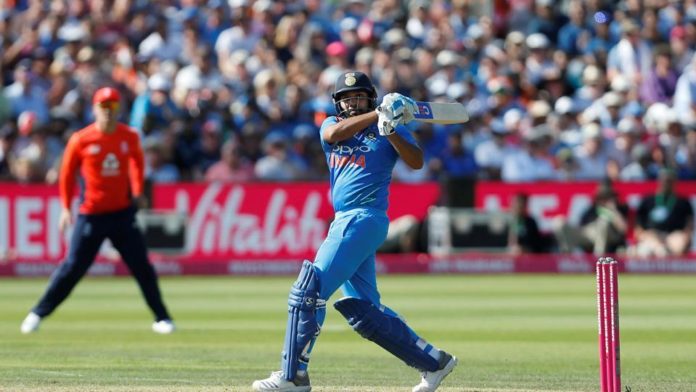 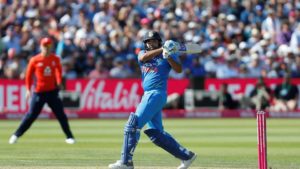 Rohit Sharma scored a magnificent century as India go on England in the third and final IT20 to clinch the T20 series here at Bristol. The win ensures that India win the series 2-1.

Winning the toss in batting friendly conditions, India put the oppositions into bat. The hosts got off to a flying start as they amassed 73 runs in the powerplay without losing a wicket.

At the end of 9 overs England had touched the 100 run mark. But following a superb comeback by the bowlers, England had to restrict themselves for a score within 200. 4 wickets for Hardik Pandya saw the hosts settle for 198. Jason Roy had top scored for them with 67.

With a stiff target ahead of them India set out to bat with their usual pair of Dhawan and Rohit Sharma. Dhawan gave his wicket away early while Rahul played a cameo of 19 before throwing away his wicket.

Even when wickets fell initially the runs kept flowing for India. At the end of the powerplay India stood at 70-2 with Rohit and Kohli at strike. The pair then added 89 runs for the third wicket to take the game away from the hosts.

Even after Kohli fell for 43 in the 15th over India were in a comfortable position needing just 48 of the next 5. Pandya continued the onslaught scoring 33 off just 14 balls to bring the required run rate below 6. Rohit then completed his 3rd IT20 century to lead his side to the finish line.

Cricket : Birthday wishes flood in for the Prince of Kolkata