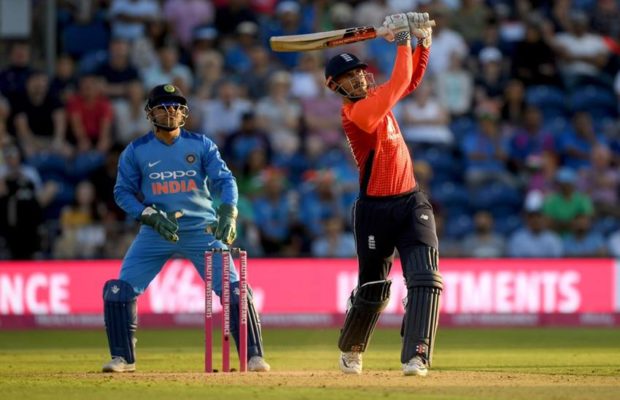 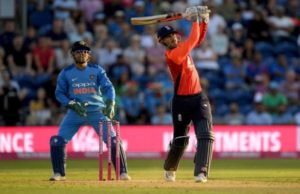 Hales scored an unbeaten 58 to guide England to a 5 wicket victory in the 2nd T20 vs India to level the series 1-1.

Needing a win to keep the their hopes alive, England won the toss and put the opposition into bat. India never got going as they lost wickets in quick intervals. Finally they ended up getting only 148 with Kohli top scoring with 47 and Dhoni playing a crucial knock of 32* in the end.

With having had to commit no errors in the bowling department India opened the attack with Umesh and Bhuvneshwar Kumar.

Kumar put at stop to the run flow while Umesh picked up both the openers. Chahal too chipped in with a wicket but couldn’t stop the runs in the middle overs. Kuldeep was left wicket less and also proved expensive in the 17th over when England still needed 39 runs for victory.

With England needing 12 off the last over Kohli once again turned to Bhuvneshwar who had conceded only 7 runs off his 3 overs until then. But a 6 and a 4 off consecutive deliveries by Hales in the first 2 balls meant that England were cruising home.

This win levels the series 1-1 with the decider to be played on Sunday.