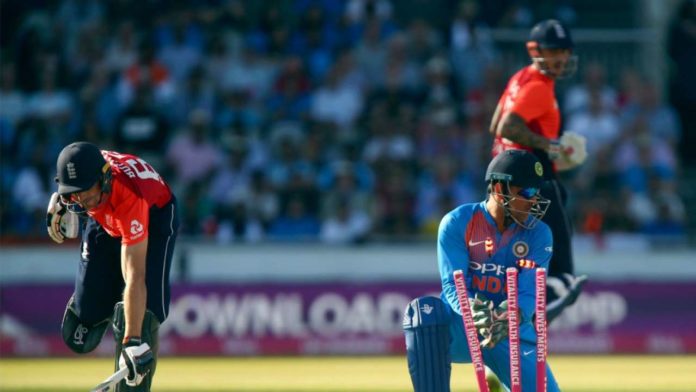 The Men In Blue continued their dominance from Ireland after a comprehensive 8-wicket victory over the Three Lions. Kuldeep Yadav (5-24) and KL Rahul (101*) were the standout performers for India with the ball and bat respectively. 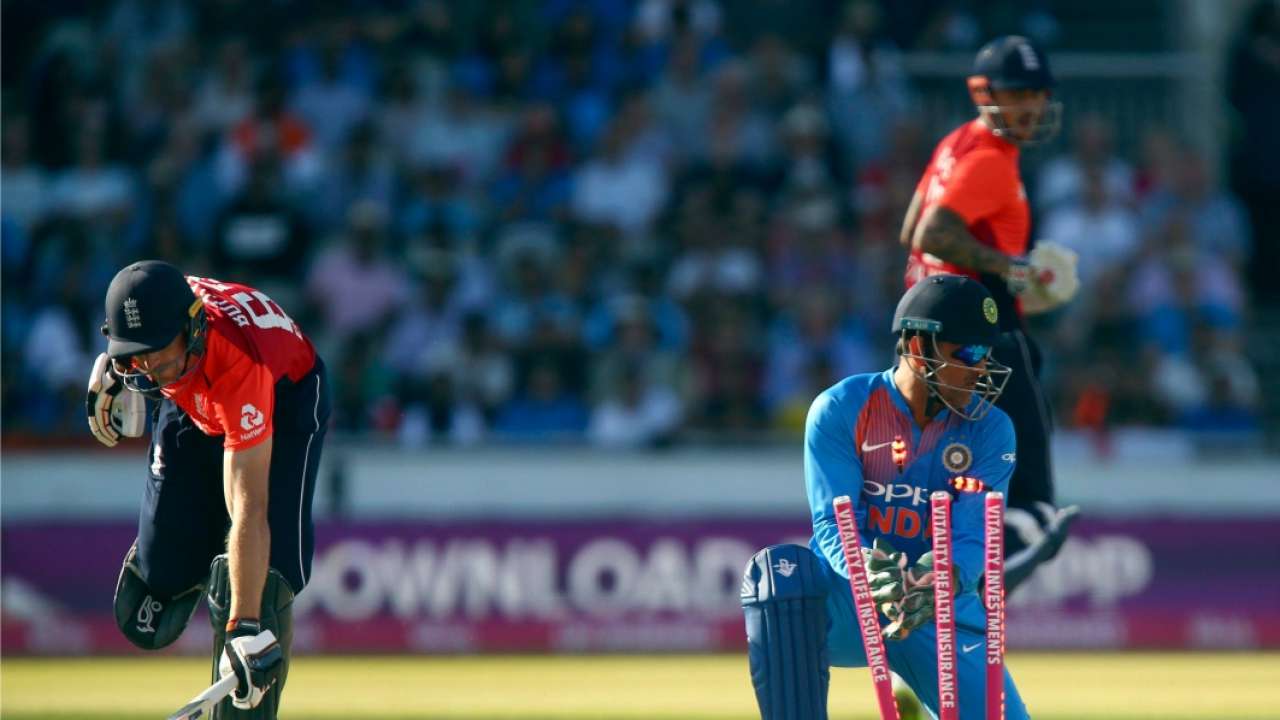 Asking the English to bat first after winning the toss, Virat Kohli and co. had their plans executed to perfection despite a rocket-fueled start provided by the in-form pair of Jason Roy and Jos Buttler.

It was the Yadav show after the powerplay, wherein Umesh Yadav broke the opening partnership before making way over to Kuldeep Yadav who managed to pick up 5 wickets to bring down the middle order.

Few lusty blows by David Willey, helped England reach a total of 159-8, which was below par on a rather flat surface at the Old Trafford.

Shikhar Dhawan’s tryst with edges did not seem to come to an end after the flamboyant left-hander fell victim to David Willey’s swing in the first over itself.

In-form batsman KL Rahul oozed class from the very first ball to grace aggression and safety at the same time. The Kings XI Punjab batsman shared a 123 run stand for the second wicket alongside Rohit Sharma who played second fiddle in his knock of 32 off 30 balls.

The English bowling line-up had no answer to Rahul’s assault as the batsman waltzed his way to mark his second T20I hundred in just 53 balls. The Men In Blue managed to pick up the eventual victory with 10 balls to spare.

This Indian batting line up – ❤️

33rd stumping for MS Dhoni in T20I cricket; the most by any keeper. He went past Kamran Akmal's tally of 32 stumpings in T20Is. #ENGvIND

Cricket: Top executive to step down from post after 2019 ICC World Cup

Cricket: Sachin Tendulkar sends his birthday wishes to the Turbanator