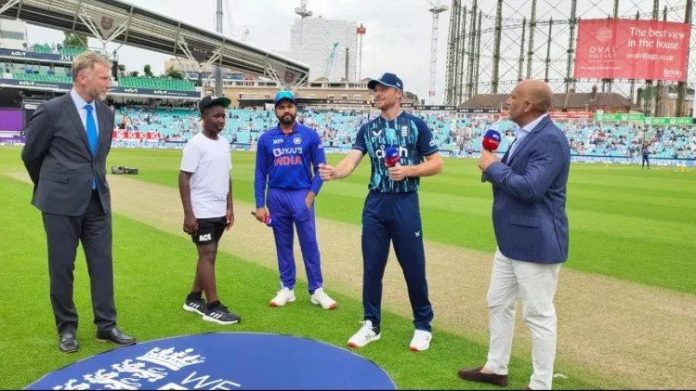 Team India will take on England in the second ODI of the three-match series at Lord’s Cricket Ground, London on July 14. The Men In Blue currently hold a 1-0 lead following their 10-wicket win in the first ODI at The Oval. 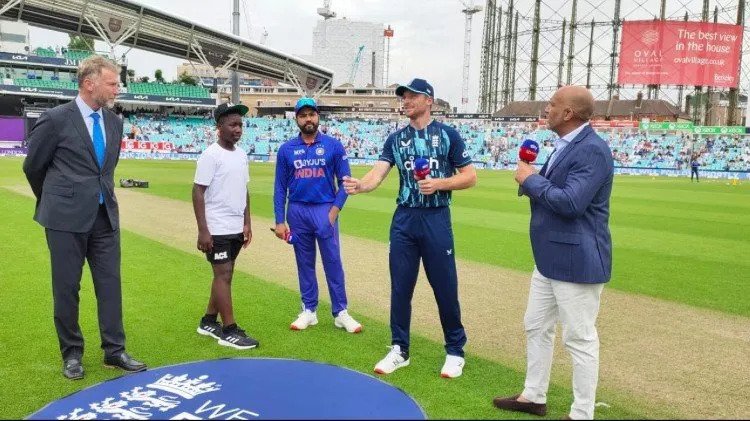 The Rohit Sharma-led side translated their form from the T20Is to the 50-over format. Winning a crucial toss, Indian seamers demolished the famed England batting unit before the batters made easy work of the target.

There is a huge question mark over Virat Kohli’s involvement in the second ODI due to a groin strain. The ace batter missed the earlier contest and was replaced by Shreyas Iyer in the playing XI.

With powerplay bowling being one of India’s primary concerns over the last couple of years, the trio of Jasprit Bumrah, Mohammad Shami, and Prasidh Krishna are making amends for it. The pace trio exploited the conditions beautifully and would hope to do more of the same with humid, overcast conditions expected.

Shikhar Dhawan marked his return to the side after five months with a gritty knock. The lack of scoreboard pressure allowed him to bide his time and remain not out till the end. Skipper Rohit Sharma’s knock is also a huge positive for the side, especially since he converted his start and finished off the chase.

Jos Buttler’s first ODI in charge of the team as full-time captain did not go as planned. While their batting catastrophe has been labelled as a one-off display, they might be encouraged to revisit their template, especially against a world-class bowling attack and tricky conditions.

Jason Roy’s form at the top is arguably the biggest concern for the hosts. The explosive opening batter was undone by Bhuvneshwar Kumar throughout the T20I series and is still struggling for runs. With Phil Salt waiting on the sidelines, time may be running out for the opener.

Joe Root is an anomaly in the power-packed England batting unit. Responsible for holding one end while the others go berserk, his dismissal was a huge turning point in the first contest.

England’s bowling attack is pale in comparison to their batting unit given that the likes of Jofra Archer, Chris Woakes, and Mark Wood are currently out injured. Led by David Willey, the bowlers will have to stir up something special to deter the in-form Indian batting unit.

India are the favourites and are priced at 1.72, meaning if you bet ₹100 on them and if they win the match, you’ll be making ₹172.

England are the underdogs and is priced at 2.00 meaning if you bet ₹100 on them and if they win the match, you’ll be making ₹200.

The usual flat surface at The Oval threw a massive surprise with a low-scoring encounter. The Lord’s last hosted an international contest in the form of the first Test between England and New Zealand. India’s overall balance and form make them the favorites in this encounter and are expected to wrap up the series with a game to go.

Fake IPL reportedly a larger scheme orchestrated by a Russian