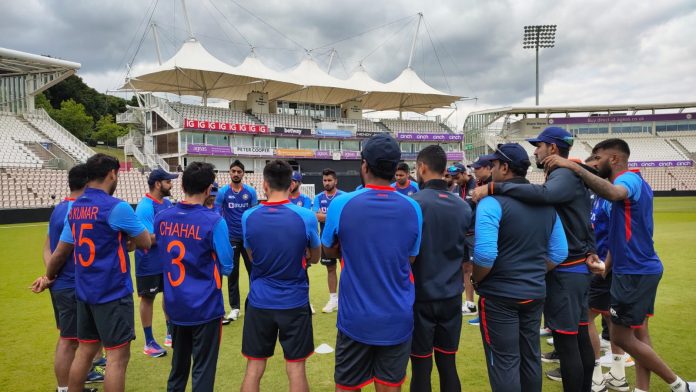 Team India will put a snooze to their red-ball ambitions as they gear up to face white-ball giants England in a three-match T20I series. The series opener is scheduled to be played on July 7 at the Rose Bowl, Southampton. 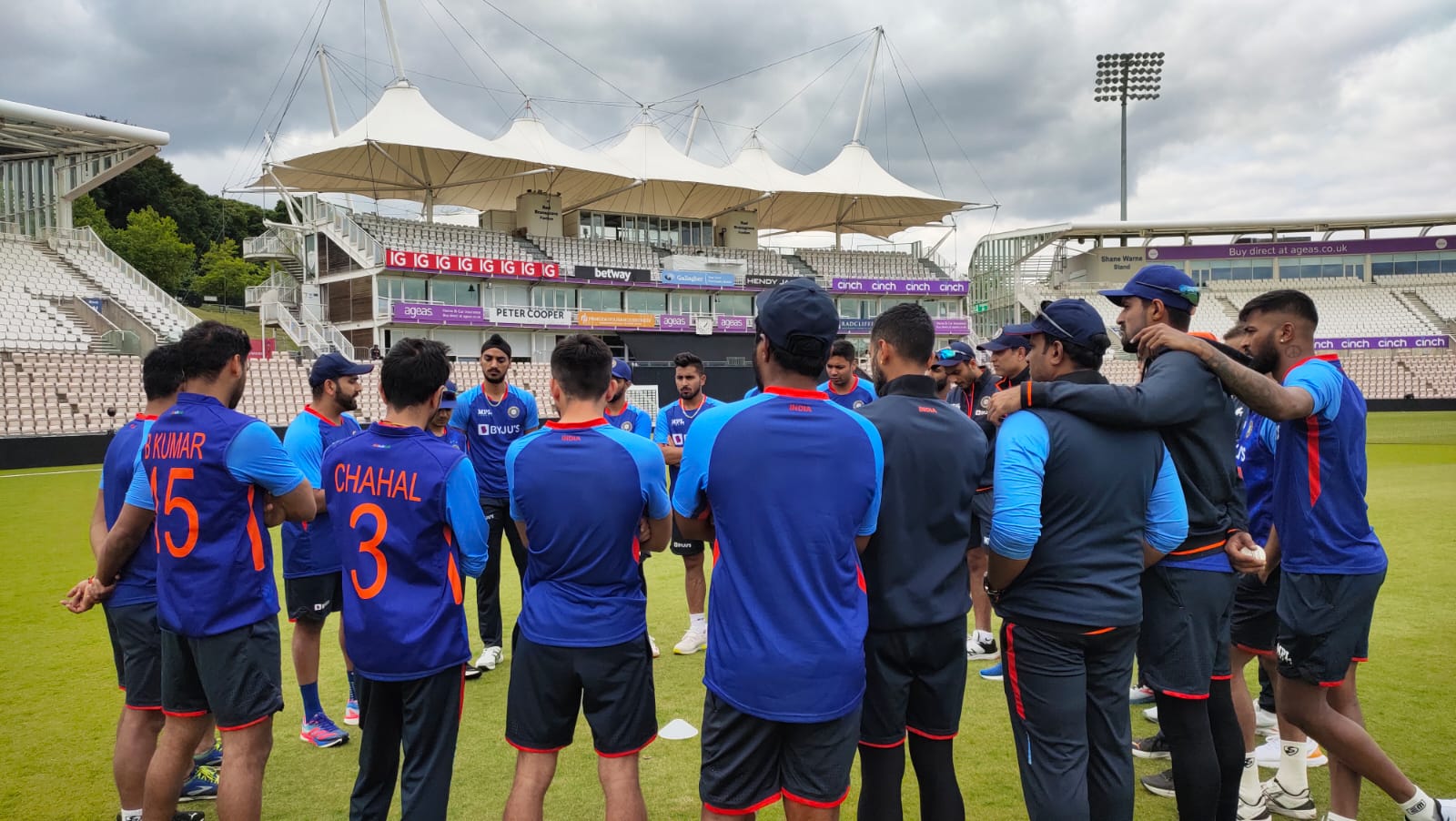 The Men In Blue head into the series with two different squads. A contingent primarily composed of players involved in the series against Ireland will partake in the first contest, while the senior players will return to the side for the remaining matches. Narrowing down the shortlist for the 2022 T20 World Cup is slated to be the Rohit Sharma-led side’s primary objective. The process will get a lot finer as India will look to decide their best playing XI for the tournament.

Potential involvement for the likes of Umran Malik and Arshdeep Singh is also on the cards. The latter did not get an opportunity despite being in the squad in Ireland. Among the batters, this could prove to be the final set of chances for Ruturaj Gaikwad and Sanju Samson, who have yet to put pressure on the senior batters in the squad.

Rishabh Pant’s woeful form in white-ball cricket also puts him in the radar with veteran wicket-keeper Dinesh Karthik eyeing a potential spot in the squad, as well as the playing XI. Bhuvneshwar Kumar, who has been in fine touch as of late, will spearhead the bowling attack while Yuzvendra Chahal handles the spin bowling unit.

With their new-look Test side off to a great start, the team would wish for the same with respect to their T20I side. Jos Buttler takes charge at the helm as full-time white-ball captain after World Cup-winning captain Eoin Morgan hung his boots last week.

Richard Gleeson received his maiden call-up to the national side while Ben Stokes and Adil Rashid are prominent absentees from the squad. Sam Curran also marks a return following a successful county stint after a long-term injury.

The onus will be on David Willey with the new ball while the responsibility of bowling in the death overs will be shared by Tymal Mills and Chris Jordan. Following an impressive IPL campaign, expectations will be high from Liam Livingstone in the middle order.

England are the favorites and are priced at 1.66, meaning if you bet ₹100 on them and if they win the match, you’ll be making ₹166.

india are underdogs and are priced at 2.10 meaning if you bet ₹100 on them and if they win the match, you’ll be making ₹210.

Both teams, with contrasting fortunes will compete with a rather deflated squad. The fate of the contest would arguably be determined by how the Indian bowling unit fares against the rampant English batting unit. Despite a close call, India should emerge as the winner in the first T20I.