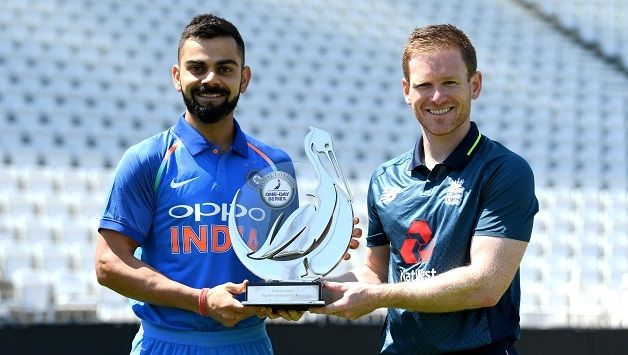 Batsmen are set to be in the spotlight yet again as the white ball action heads to Trent Bridge. The venue has been the graveyard for the bowlers as of late after being responsible for two of the highest ever ODI totals.

After edging past the hosts in the T20 series, Virat Kohli would hope for a similar display in the ODI series as well. Although, it is not smooth sailing for the visitors as they are without two of their prime fast bowling options, Jasprit Bumrah and Bhuvneshwar Kumar owing to injuries.

Experimentation would be something on both the leaders’ mind with the countdown to the 2019 World Cup beginning. Both sides will aim for a balanced line-up that will help them pose a challenge at the 10-team tournament.

While the Three Lions have shown real intent with the bat, they have lacked flair with the ball. Captain Eoin Morgan is yet to find the right balance in the bowling line-up, which the Indian batsman have fully taken advantage so far.

Jason Roy: The opening batsman has looked devastating so far with the quickfire starts. Expect him to convert it into a big score at the flat Trent Bridge track.

KL Rahul: Rahul’s purple patch looks no signs of wearing off and the batsman could well get another chance at No.3 ahead of skipper Virat Kohli.

India vs England: Injury concerns mount for the Blues ahead of the first ODI