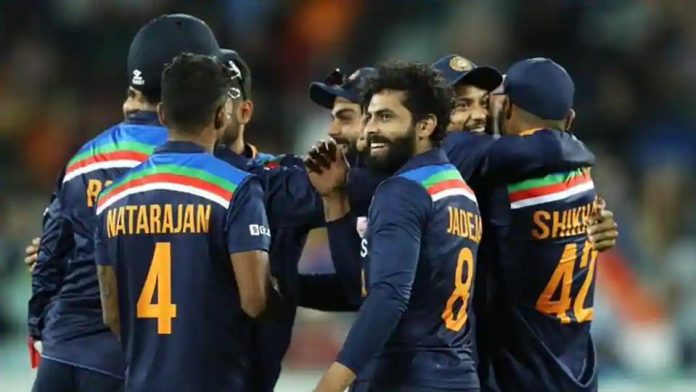 The India v Australia T20 series has a making of a blockbuster series. Not only are the two sides neck and neck, but the topsy-turvy nature of the One Day International (ODI) series ensures that both teams will be keen to carry the momentum in the all-important Border-Gavaskar Trophy. We discuss the factors that’ll play a big part in the T20 series.

The hosts did win the One Day International series, but its a level playing field in the T20 series. The absence of key players will affect the combinations of both the teams and it will be the team that makes the most of the conditions and available resources that would come up trumps.

For Australia, David Warner‘s absence is a big blow and they don’t have a like-to-like replacement for him. The hosts will have to promote a middle-order batsman at the top. In the bowling department as well, it won’t be easy for someone to fill Cummins’ shoes. Sean Abbott, who leaked 84 runs in third India v Australia ODI, will likely partner Mitchell Starc and Josh Hazlewood.

Even for India, there are a few selection issues that need to be addressed. Their T20 line-up is a bit different from ODIs and the Men in Blue have the squad to pull off a series victory in the shortest format. KL Rahul will open the innings in T20Is while Washington Sundar will play as the sixth bowler, paving way for swashbuckling batsman Sanju Samson.

The failure to break the opening partnerships in the first two India v Australia ODIs was the biggest issue for Virat Kohli and Co. Deepak Chahar is master at taking wickets with the new ball and the Australian openers will have to find a way out to negate his swing.

A number of India’s players are coming off the IPL, albeit with a gap of a few weeks, so their T20 mentality should be in decent order. They could feature a couple of players who were not part of the one-day series and there will be eyes on what combination they go with at the top of the order. With the first of the Test warm-up matches overlapping with the second two matches, it could be some players are released for that contest.

Keeping in mind that there are two T20 World Cups to be contested in 18 months’ time, both the teams would be keen to chalk out team combinations in a few T20s that they can muster in the lead-up to India v Australia. Barring David Warner and Marcus Stoinis, the rest of the Australian had a forgettable IPL stint this year. The Australian skipper, Aaron Finch registered six below-20 scores and had a strike rate of 111.2, Glenn Maxwell had an absolute shocker and did not hit a six in the 11 innings he batted in the tournament – he did not score a fifty and had a terrible strike rate of 101.88 in the competition.

Australia piled on the runs with the return to form of their two heavyweights – Finch and Maxwell. Steven Smith gave a masterclass in ODI batting in the first two matches while Adam Zampa trumped his more famous Indian counterpart, Yuzvendra Chahal with his leg-spin variations. Jasprit Bumrah’s sub-par performance in the ODI series was a bit baffling given his consistency, but the likes of Mohammed Shami and Shardul Thakur are capable enough to make the difference on the Australian tracks.

The Barefoot Circle respectfully acknowledges our First Nations people, the traditional owners of the land, and pays respects to the country #AUSvIND

With the T20 World Cup in India less than a year away, both teams would want to build a squad and settle their permutations and combinations. India are unbeaten in their last 6 T20I series (they have won five of these) – from the 3-0 drubbing of the West Indies in 18 months back to their sensational 5-0 sweep in New Zealand earlier this year. Australia were beaten 2-1 in England but had won their 4 previous bilateral series including wins in South Africa and India.

India would also want to win the series and square up the contest before the start of the Tests later in December. A win for Australia would give them the psychological advantage going into the Test series.