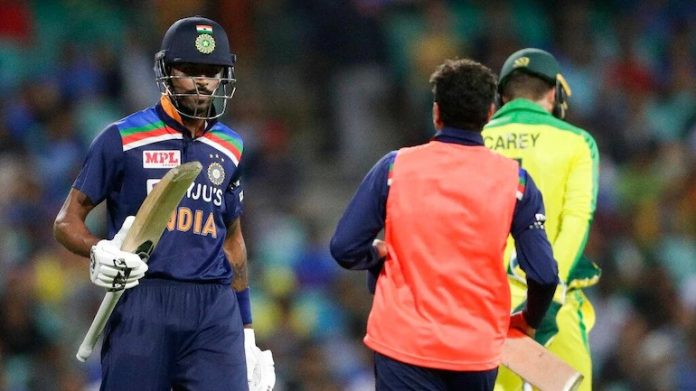 India started off their tour of Australia on a wrong foot with a 66-run loss against Australia in the opening ODI but more importantly looked out of sorts as a unit. Set 375 to win, India could manage only 308-8 in response as the target proved too big a hill to climb even on a Sydney pitch that offered little to the bowlers. We discuss five talking points from the first One Day International (ODI) at Sydney on Friday.

Flamboyant India player KL Rahul has expressed his desire to keep the wickets in the next three global ICC events. Rahul has been keeping the wickets for India from the past couple of series. He also donned the role of gloveman for Kings XI Punjab in the recently concluded IPL.

Rahul has now pipped specialist wicketkeepers Rishabh Pant and Sanju Samson as the no.1 gloveman in the limited-overs format. Three ICC events — two back-to-back T20 World Cups followed by the marquee ODI World Cup — are scheduled in the next three years.
With Rahul assuming the role behind wickets, Team India gets an advantage of playing an extra all-rounder or bowler.

Rahul will also be playing the role of vice-captain in the upcoming limited-overs series against Australia.

Except for Mohammed Shami, none of the bowlers could keep the run rate below six with spinner Yuzvendra Chahal going for 89 runs in 10 overs and picking just one wicket. India had no one as a back-up bowler to take the load off Chahal had a bad day.
In contrast, for Australia, both Glenn Maxwell and Marcus Stoinis could chip in to finish the fifth bowler’s quota. Both shared 13 overs. Stoinis could have bowled more but for his injury.

It was always going to be tricky on a flat wicket without a sixth bowler for the Indians. That the sixth bowler allows someone from among the regular bowlers who is having a bad day.
The fact that Australian bowlers bowled 148 dot balls tells us that Indian bowlers were not able to gain that kind of control over the opposition.

In their first international match in 9 months, Team India did not look like a top side. They were rusty in the field, leaked too many runs in bowling and despite showing sparks, could not get their batting together. Their players played in the Indian Premier League but as a team could not turn in the first One Day International against Australia at the Sydney Cricket Ground.

India looked a dreary unit in the field and Friday’s ODI saw Kohli & Co taking more than four hours to finish their quota of overs.

The most disappointing thing from an Indian perspective was the body-language of many players was quite defensive. In the field as well, the Indian looked a pale shadow of themselves and the fielding standards were way below par of the high standards that skipper Kohli demands.

India’s new-ball bowling was far from effective, and the early momentum the Australian opening batsmen got, they made the most of it.

Australia won a critical toss and chose to bat. When Aaron Finch and David Warner stitched together an opening partnership of more than 150 runs, where is the strength left in the opposition?

So that has been a problem area and it again came to the fore. Yuzvendra Chahal felt the brunt of the Aussie willows, with Mohammed Shami and Ravindra Jadeja the only two bowlers to have checked the run-flow a little. That led to the top-three Australian players getting big runs, and putting Indians under the pump.

India made a promising start to the mammoth chase with 50 onboard in just the fourth over. However, they were not able to sustain the impressive run-rate as wickets kept tumbling from the other end. Shikhar Dhawan and Hardik Pandya did well to control the innings, but lack of batting depth was always going to cost them.

India’s biggest weakness is the lack of a second all-rounder to complement Ravindra Jadeja, since Hardik Pandya is playing as a specialist batsman at No. 6. However, they can’t really address that issue by making changes to their playing XI, simply because they don’t have any all-rounders to the bench. Hopefully, Kohli and Co can fine-tune a few things and give themselves a good chance of a comeback in the three-match series.