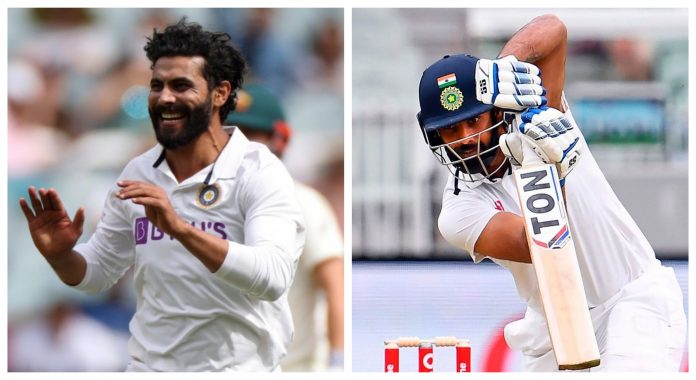 While the 2021 Indian Premier League is slapped with a suspension due to the COVID-19 outbreak in multiple franchises, the BCCI has announced the Team India squad that will make appearances in the World Test Championship Final in June, followed by a five match Test series against England.

The squad will see the return of Ravindra Jadeja as well as Hanuma Vihari, both of whom were injured in their tour of Australia back in January this year.

Jadeja, who has been in stunning form for CSK in the recently halted IPL 2021, sustained a fractured thumb on the third day of the third Test in Sydney and was ruled out of the remainder of the Down Under series. Vihari, on the other hand, suffered a hamstring tear on the final day of the Sydney Test.

PBKS skipper KL Rahul, who recently underwent an appendectomy, has been subjected to fitness clearance. Same goes for SRH’s Wriddhiman Saha, who was one of the players to contract COVID-19 among the IPL bio-bubble. Kuldeep Yadav and Navdeep Saini, who haven’t shown impressive form lately have been dropped from the squad.

BCCI has also named Abhimanyu Easwaran, Prasidh Krishna, Avesh Khan and Arzan Nagwaswalla as the four standby players for the Indian squad, which is slated to depart for England in third week of this month.

The inaugural WTC Final match against New Zealand is set to take place in Southampton from 18th June onwards, followed by the 5-match Test series against the hosts which will commence from 4th August in Nottingham.

“The All-India Senior Selection Committee has picked the Indian squad for the inaugural ICC World Test Championship (WTC) final and the five-match Test series against England,” the governing body said in a media release.

Check out the full Team India squad below: