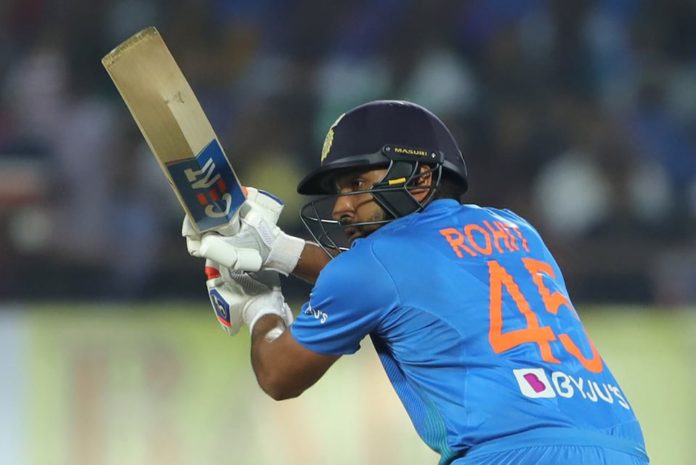 India came back hard and strong in the Second T20 against Bangladesh as a spirited performance by Captain Rohit Sharma and spinner Yuzuvendra Chahal helped India get back level in the series making the last game at Nagpur a series decider as the series evenly stands on 1 game a piece.

Rohit Sharma who was playing his 100th T20 International won the toss and invited the Bangladeshis to have a crack on a flat and a good batting track in Rajkot. Bangladesh started of cautiously against Deepak Chahar but got going when Khaleel Ahmed took the bowl in hand as the Bangladeshis went behind him from ball 1 and smashed him for three fours in a row. 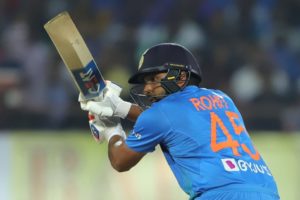 Schoolboy error by Rishabh Pant helped Liton Das survive but presence of mind two overs later by the Indian keeper saw Liton take the long walk back. Chahal produced a good bowling spell as he took important wickets of Mushfiqur Rahim and the dangerous looking Soumya Sarkar to restrict Bangladesh at 153 for the loss of 6 wickets.Leaving India to chase 154.

India started off their innings in grand fashion as Captain Rohit Sharma and Shikhar Dhawan piled up a good opening partnership as Rohit Sharma who was playing his 100th T20 match was the aggressor and took the game away from the Bangladeshi bowler.

Shikhar Dhawan eventually fell prey to Aminul Islam who also took the wicket of Rohit Sharma who was batting at 85 and looked set for his 5th International T20 century.

KL Rahul and Shreyas Iyer gave the finishing touche to the Indian batting as India chased down the total in 15.4 overs thus winning the game by 8 wickets and keeping the seriess alive.