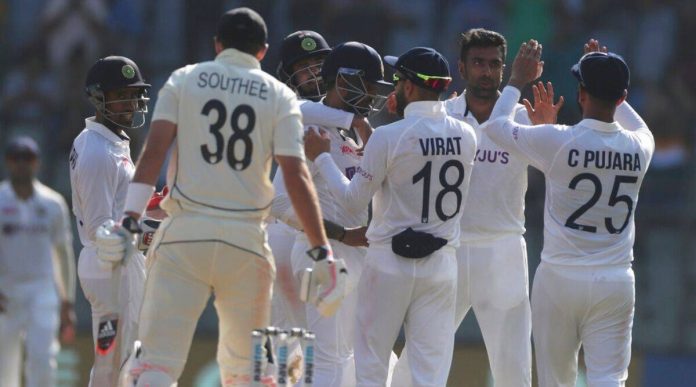 Team India recorded a massive win over New Zealand in the second Test at the Wankhede. The hosts made easy work of their opposition and emerged victorious by 372 runs, their biggest ever win in terms of runs. 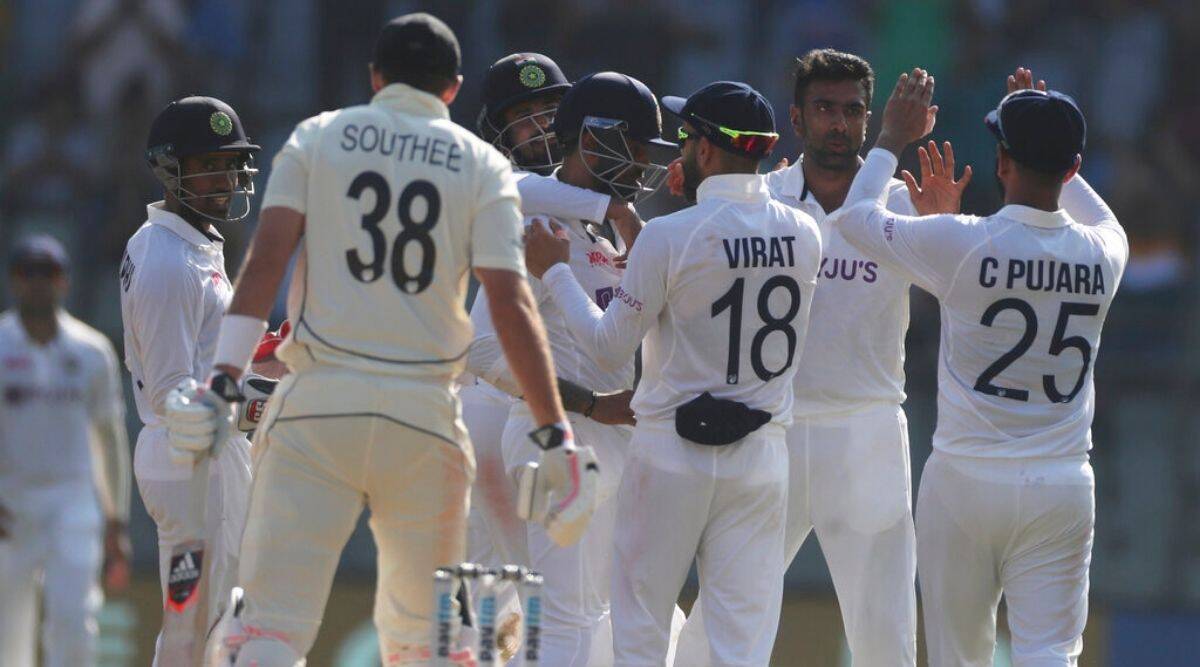 The Men In Blue were close to victory yesterday and required 5 wickets to win on the penultimate day of the Test. The ball turned heavily from the very first ball and the Blackcaps lower order collapsed to Jayant Yadav and R Ashwin.

India only needed a little over 11 overs to finish off the remainder of the New Zealand batting. Rachin Ravindra was the first wicket to fall in the morning off Yadav. After the brief resistance, the wickets continued to fall.

India had amassed a huge lead after the end of the first innings after bundling out New Zealand for the lowest ever Test total in India. However, Virat Kohli did not elect to enforce the follow-on and chose to bat again in the second innings.

The batsmen had a set of decent outings out in the middle and after the declaration, set a target of 539 runs for the opposition. The Indian bowlers were on point once again and barring a counter-attacking innings by Darryl Mitchell, the batsmen crumbled to the sharp turn on the surface.

With this mammoth win, the team secured a series win after drawing the first Test in Kanpur. India will next tour South Africa to play 3 Tests and 3 ODIs while the T20I series have been postponed.