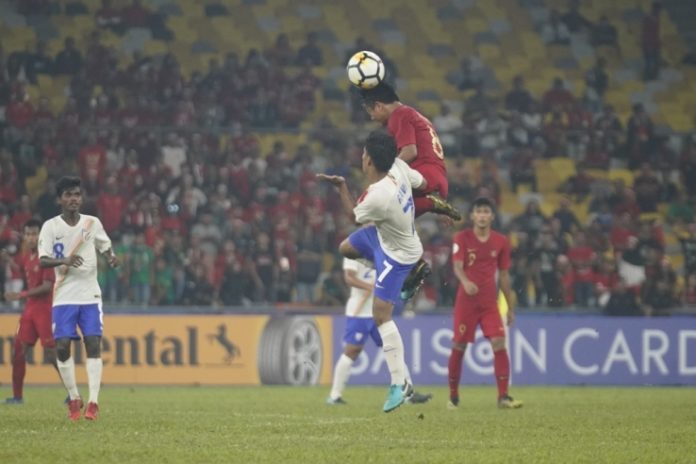 While the country is busy rejoicing India’s victory over Bangladesh in the Asia Cup, a certain group of boys aged 16 and below are trying to etch their name in the history books. Yes, you guessed it right. India is just one victory away from qualifying for the FIFA U-17 World Cup!

Tomorrow, India will take on South Korea in the Petaling Jaya Stadium in Malaysia at 6:15 pm IST, with a spot at the FIFA U-17 World Cup up for grabs.

On paper, the South Korean side is the clear favorite as they hammered Australia 3-0, Afghanistan 7-0, and Iraq 2-0 en route to the quarter-finals of the AFC U-16 Championship. Meanwhile, India qualified by the skin of their teeth by holding Indonesia and Iran to a 0-0 draw and managing a 1-0 victory over Vietnam courtesy of an 85th-minute penalty from Vikram Pratap Singh.

Congratulations to our U16 boys as they have qualified to the quarter-finals of the Continental Championship after 16 long years. #StarsOfTomorrow #WeAreIndia #BackTheBlue #Indianfootball pic.twitter.com/6jsNBKdSrU

Both the sides are yet to concede a goal in the tournament, but South Korea achieved it with the mantra of ‘attack is the best defense’ while India accomplished it with a disciplined and gutsy display of some best defending the tournament had to offer. South Korea is expected to blaze all the guns from the word go whereas India will look forward to holding them and capitalize on the counter-attack.

One interesting aspect of the match is that there would be no extra time if both the teams can’t get a victory in regulation time. The game would go directly into a penalty shootout if the scenario rises. Niraj Kumar had already saved a penalty against Iran whereas his South Korean counterpart was rarely tested in the tournament. India might have an edge if the game goes to the penalty shootouts!