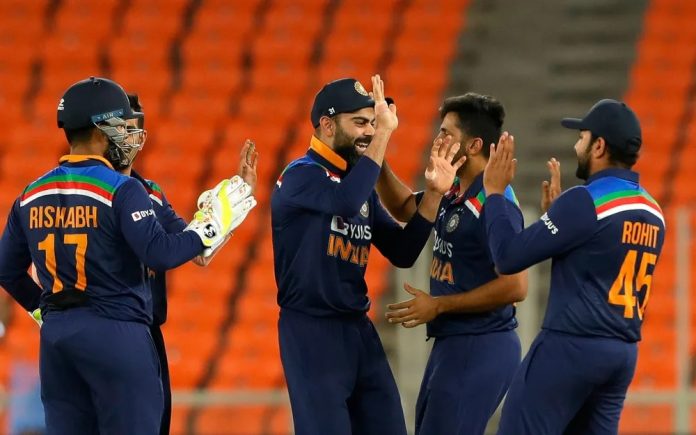 But facing Eoin Morgan’s well-drilled England T20 side is a different challenge altogether.
The Men in Blue will clash with England in the fourth match of the T20I series in Ahmedabad on Thursday. England lead the series 2-1 and India face a must-win battle. What will define the encounter would be the finer match-ups within the larger battle.

Heading into the fourth T20i, India is the betting favourite despite being 2-1 against England in the Cricket betting app.

India’s batting has looked shaky so far and has failed to give blistering starts one would associate with T20 series. The tourists have made full use of that with their pacers ripping apart the top-order with raw pace and bounce. KL Rahul has been an usual suspect with scores of 1, 0 and 0 in the first three games but has been backed to stay on as Rohit Sharma’s partner for the T20Is. 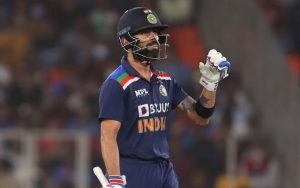 However, it remains to be seen if the team management persists with Rahul in the upcoming games while Shikhar Dhawan warms the bench. The middle-order however looks set with Kohli firing and Shreyas Iyer also being in runs following an impressive knock in the first T20I. Rishabh Pant has looked a far better batsman following his success in Test cricket and will continue to get games ahead of the World T20 later this year.

Each times either Morgan or Kohli have had the coin toss in their favour, they’ve opted to chase down the target. And each three times in the series so far, the team batting second has won with relative ease. Much was made of the importance of winning the toss and batting first in the preceding Test series, but as it turns out, the spin of the coin has played an equally vital role in the T20Is. Only this time, opting to the field has been the preferred option, leading to easy victories for the chasing side in all three outings so far.

However, India skipper Virat Kohli has repeatedly stressed on the need to do well whether they are posting totals or chasing as part of their preparation for the T20 World Cup at home later this year. In the two games, they lost after batting first, India struggled in the Powerplay, which impacted their final total despite one batsman – Shreyas Iyer and Virat Kohli respectively – going on to make a significant contribution.

So much has been made of the coin toss, that former England skipper Michael Vaughan reacted to the toss factor and claimed that it looked like the T20 World Cup, set to be hosted by India later in 2021, could be won by the best ‘tosser’, indicating that the result favoured those who won the toss. However, Indian skipper Virat Kohli made it clear that if a team loses the toss in the shortest format of the game, then it should embrace what has been asked of it.

Irrespective of the results, if there is one clear pointer to have emerged from the first three games, it is that England – with just over six months to go until the T20 World Cup – have a far better idea of their best XI than India.

However, this series isn’t just about winning for bragging rights, for both sides are also looking at the bigger picture. There is a T20 World Cup on the horizon, and anything or everything either team does, must be seen from the lens as well. It is why Ishan Kishan’s debut and sudden elevation to the opening slot, ahead of Shikhar Dhawan while Rohit Sharma was still resting, didn’t raise many eyebrows.

For any good side, having a formidable top order is key for success in T20 cricket, and India needs to sort out its mess and fast. A tough decision awaits on the fate of KL Rahul, who simply looked burned out by the end of his four-ball stay on Tuesday. The smart money would be on a new Mumbai Indians’ left-hand/right-hand combination at the top, with Rohit Sharma joining forces with his young gun, Kishan, whose style was somewhat cramped by his shunt to No.3 in the last game. Whether the mercurial Surya Kumar Yadav gets a game or not remains to be seen, but Kohli and Co need to get the house in order and fast!