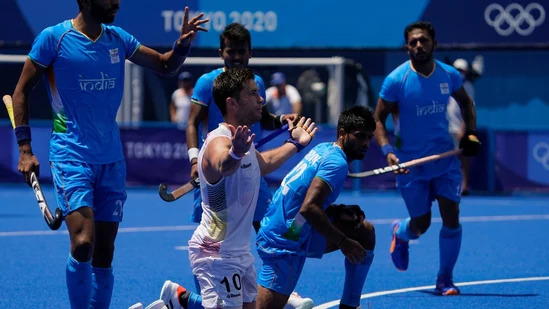 The Indian Men’s Hockey team’s quest for gold came to an end with a loss to Belgium in the semi-finals. The team blew a 2-1 lead in the contest and will now compete for a Bronze medal.

India were initially trailing in the match, but found an equalizer through Harmanpreet Singh. The team slid into the lead following a sensational strike from Mandeep, only eight minutes since the start.

The second quarter involved a flurry of penalty corners for Belgium, which India were able to thwart off. However, they managed to score through their fifth penalty corner to bring the contest back on level terms. The fixture was evenly poised at 2-2 during half-time.

Alexander Hendrickx claimed his 12th goal of the Olympic campaign to put his side into the lead. He proceeded to complete the hattrick and seal the game as well with seven minutes left. Belgium proceeded to score in the final minute as well to seal their second-half dominance and a spot in the final.