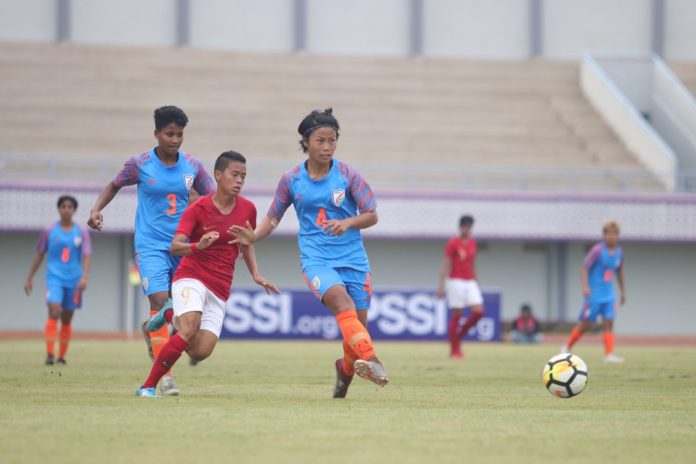 Loitongbam Ashalata Devi, captain of the Indian women’s football team, has been nominated for this year’s AFC Player of the Year award. The 26-year-old centre-back had an impressive season; leading India to Round 2 of the Olympic 2020 Qualifiers and a 2019 SAFF Championship title.

The Mizo footballer, played a crucial role helping her club, Sethu FC, win the Indian Women’s League trophy and shortly after, she was rewarded with the Women’s Player of the Year for the 2018-2019 season by the All India Football Federation.

Congratulations, @AshalataDevi4 for being nominated for the @theafcdotcom Player of the Year (Women) 2019! 👏🤩#BackTheBlue 💙 #ShePower 👧 #IndianFootball ⚽ pic.twitter.com/xCsF0Qzb2x

“This really is like a dream come true for me. You never really think of these milestones when you are growing up but I’m very happy that the hard work that I’ve put in over the years has got recognition on the continental level,” she said.

“I would like to thank our coaches Maymol Rocky and Chaoba Devi for giving me the right guidance and motivation over the years. Also, the credit goes to my amazing teammates. It is an absolute privilege to lead them out onto the pitch every single match” the defender added.

Meanwhile, Li Ying of China, and Japanese skipper Saki Kumagai are the other two other nominees for the AFC Player of the Year award in women’s category. While Akram Afif , the Villareal and Qatar forward along with Iran goalkeeper Alireza Beiranvand and defender Tomoaki Makino from Japan are the three players nominated for the AFC’s men’s player of the year.

AIFF on the other hand, received a rather surprising nomination after being named among three federations for AFC President Recognition Awards in Grassroots Football (Developing) category.

The prestigious Annual Awards event is scheduled to be held at the Hong Kong Convention and Exhibition Centre on December 2.