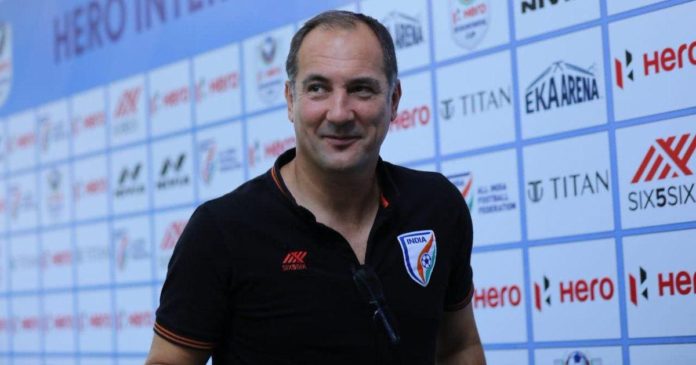 Ahead of India’s world cup qualifier against Bangladesh at the iconic Salt Lake stadium at Kolkata on 15th October the Indian head coach said that the favourite tag in sport doesn’t mean anything ahead of the the Group E qualifier match. 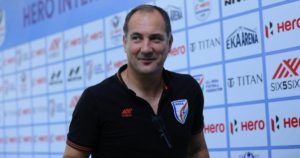 In the last game of the world cup qualifiers the Blue Tigers famously drew against the Asian Champions in Doha, where the stand in captain Gurpreet Singh Sandhu stood in front of a victory against the Asian Champions. Stimac, who was part of the Croatian team that finished third in the 1998 World Cup and helped them as a coach to qualify for the 2014 World Cup, warned the home supporters not to underestimate Bangladesh who are ranked 83 places below them.

“Being favourite in a game is nothing. We proved that in Qatar. It’s 11 v 11. There are favourites and underdogs but that doesn’t mean the favourite will win. It’s about team work, it’s about team building. Analyzing ourselves and ask ourselves what we can do. No point trying to analyse others. If we can work like this we will do well,” Stimac told reporters at the pre-match press conference at Kolkata.

Bangladesh, currently ranked 187th, have won seven of their 13 international matches since May 2018 when Jamie Day took charge of the side, and Stimac pointed out the statistic as well to highlight India’s job at hand on Tuesday as the Bangladeshis created a flurry of chances against Asian champions even though they lost against the reigning Asian Champions by two goals to nil.

India are placed fourth after two matches with one point while Bangladesh are still to open their account after losing against Afghanistan and Qatar in their first two games. India lost to Oman 1-2 in their opener in Guwahati.