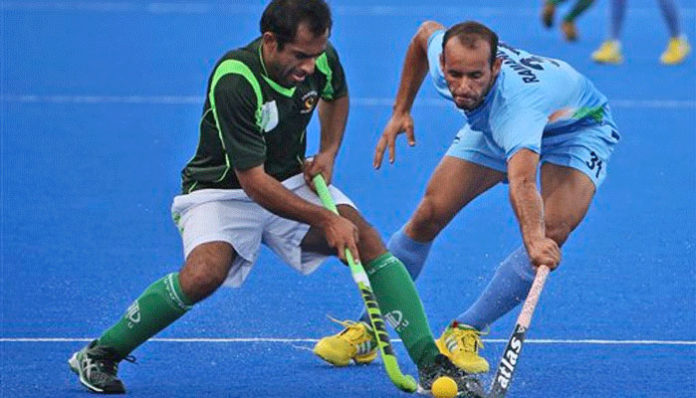 India vs. Pakistan is always different. The pressure, the electricity in the air, and the joy in triumphing over your subcontinental neighbors is no match to any other victory. This Sunday, when India takes on Pakistan in the final of the Asian Champions Trophy at the Sultan Qaboos Sports Complex in Muscat, it will be the same different.

The two sides had earlier met in the group stages of the competition where the Men in Blue prevailed 3-1 in a dominating fashion. Sunday’s encounter would mark the 176th time of the collision between these two arch-rivals. Pakistan, although having a better head-to-head record of 82-62, are yet to get the better of India since their victory at the 2016 South Asian Games final.

The Indian camp should be oozing with confidence as they are the only team yet to lose a match in the competition. Apart from their victory over Pakistan, they annihilated Oman 11-0 in the opening encounter, obliterated Japan 9-0, drew with Malaysia 0-0, and hammered South Korea 4-1 in the group stages. In their semi-final clash, Japan gave India a run for their money before succumbing 2-3.

Pakistan, on the other hand, had a difficult route to the finals. They got the better of South Korea 3-1 before losing to India. The Green Army bounced back with an 8-1 win over Oman, a 1-1 draw against Japan, and a 1-0 victory over Malaysia in the group stages. They again got the better of the Speedy Tigers in the semi-finals where they came out on top in the penalty shootouts.

However, India shouldn’t underestimate Pakistan as the nature of knockout games are totally different than those of the group stages. Aleem Bilal’s drag flicks, in particular, can create havoc for the Indians as they conceded 2 out of the 3 penalty kicks awarded to Japan in their semifinal.