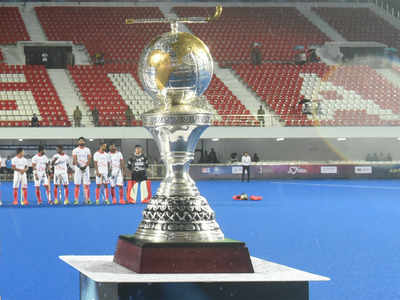 It has come to light that Hockey India has retracted its bid for hosting the Womens World Cup but their Men’s bid for the World Cup 2022-23 will go through.

The application date was initially extended till January 31, 2019 after the FIH finalised the two windows for hosting the tournaments – July 1-17, 2022 and January 13-29, 2023. Back then, Germany and India were the only two bidders open to hosting either men or women but while Germany preferred the first window, India opted for the second. Belgium and Netherlands were not in the reckoning for either and Australia had expressed desire to host the women’s competition.

It is expected that a FIH task force team will meet on 6th November and finalize by 8th November in coodination with the executive committee as to which bids will win the rights to host the World Cup.