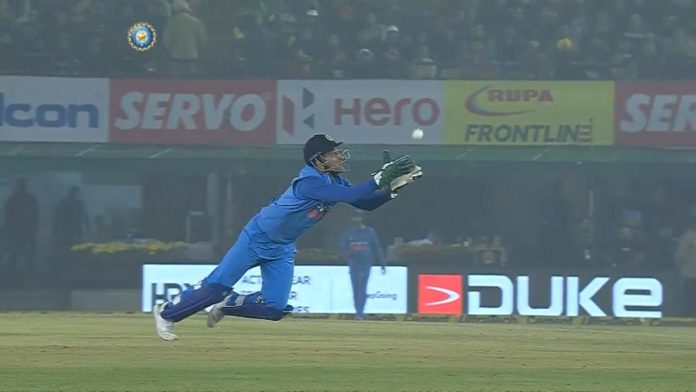 After not being considered by the board of selectors for the T20’s against West Indies and Australia, MS Dhoni showed what the Men In Blue could be possibly missing out with a stunning catch to dismiss Chandrapaul Hemraj.

The opening batsman looked in good touch after Virat Kohli sent the visitors into bat first in Pune. Hemraj looked to switch gears by targetting Bumrah with a couple of successive boundaries. but the returning pacer replied with a lethal bouncer that took the top edge. 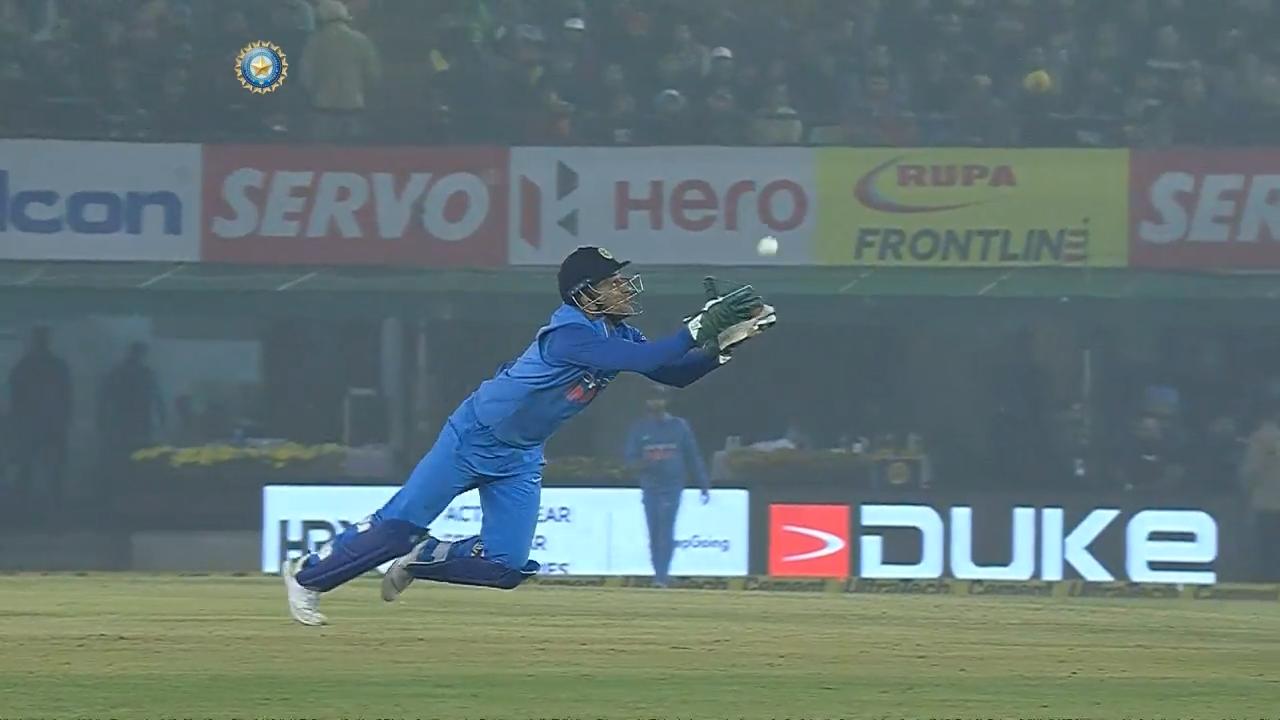 MS Dhoni had a lot on his plate as the ball kept going away from him, but the veteran wicket-keeper showed excellent composure to grab the catch with a diving effort running backward, to get India the first breakthrough.

Electing to bowl first after winning the toss, Indian skipper Virat Kohli named a couple of changes in the line-up for the third ODI with the duo of Bhuvneshwar Kumar and Jasprit Bumrah making their return along with Khaleel Ahmed while Mohammed Shami, Ravindra Jadeja, and Umesh Yadav are out.

Centurion of the previous match, Shai Hope is in the crease after Hemraj’s dismissal. Windies are currently 38-1 after 8 overs.