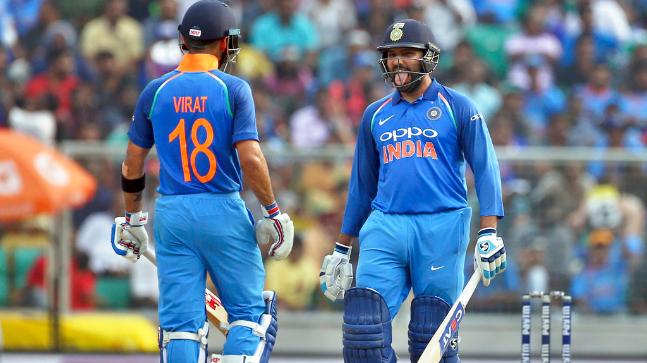 The Men In Blue clinched yet another bilateral series at home with a colossal victory over the visitors at Thiruvananthapuram. West Indies were no match for the resolute Indian side in the final fixture with the game ending in a combined tally of 46.4 overs.

Winning the toss and opting to bat first, the new look opening pair for the Windies failed as Bhuvneshwar Kumar struck early. Shai Hope was dismissed for a second successive duck which put the middle order under pressure.

Relentless pursuit by India to pick wickets at regular intervals saw the Windies collapse for just 104 on the board. All-rounder Ravindra Jadeja returned in style with an eye-catching four-fer that got rid of the middle order and tail. Jadeja was well supported with the rest of the bowling line-up to end the series on a high.

The chase began on an ominous note for India. Shikhar Dhawan’s torrid series continued after just scoring 6 runs. The ever-reliable pair of Rohit Sharma and Virat Kohli ensured that there would be no more hiccups in the chase.

The Hitman continued his good run with yet another half-century while Kohli knocked around for an unbeaten 33. The target was chased in just 14.5 overs to bring an end to an enthralling series.

After going toe-to-toe with the hosts in the initial ODI’s, the Windies fizzled out towards the end to hand India one of their biggest victories in the format. The action shifts to the shortest format of the game in a couple of days.

Man Of The Match: Ravindra Jadeja

Man Of The Series: Virat Kohli

The Wall Rahul Dravid inducted into the ICC Hall of Fame