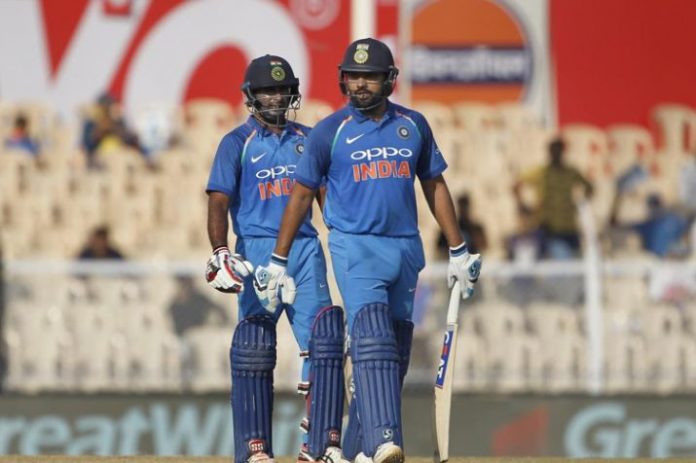 India’s return to the historic Brabourne stadium turned eventful as the hosts secured a colossal 224-run victory to secure a 2-1 lead in the series with a game left. Rohit Sharma and Khaleel Ahmed shone in their respective departments for a comfortable victory in Mumbai.

Winning the toss for the fourth consecutive time, Virat Kohli elected to bat first on a dry, barren surface at the Brabourne. Indian openers got the team off to a steady start before Dhawan was yet again dismissed in his thirties. Indian skipper Virat Kohli endured a rare failure after poking an edge to Shai Hope for just 16. 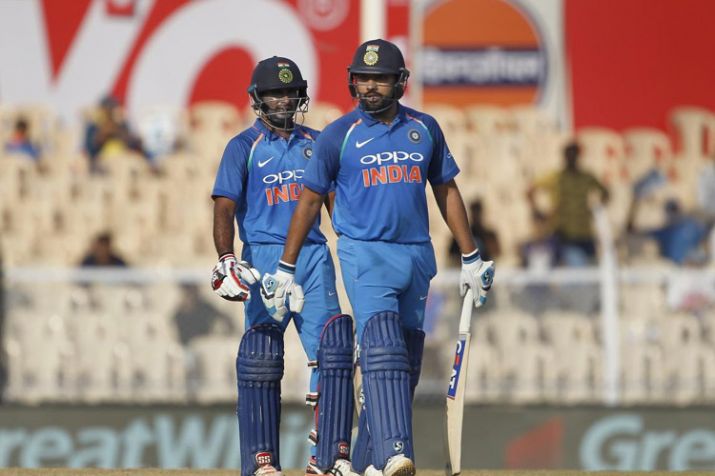 What followed aftermath was a lopsided shift of momentum towards India as Sharma and Ambati Rayudu stitched a massive 211 run stand for the third wicket. While the Hitman was dismissed before he could get to his fourth double hundred, Rayudu kept toiling to achieve his 2nd ODI hundred off just 81 balls.

Minute cameos by MS Dhoni and Kedar Jadhav towards the end of the innings helped the hosts reach to 377-5 after the end of 50 overs.

After their struggles with the ball in this series so far, the bowling line-up clicked on this occasion. Bhuvneshwar Kumar got rid of Chandrapaul Hemraj early on while two direct hits off consecutive overs reduced the Windies to a worrisome 20-3. In-form wicket-keeper Shai Hope was dismissed for a duck to put the pressure on the middle order.

Khaleel Ahmed troubled the visitors with swing under the lights in a lethal spell which resulted in three wickets for the left-arm seamer. While skipper Jason Holder offered some resistance down the order, the total was too big to scale. West Indies ultimately collapsed for 153 to hand India the lead.

Man Of The Match: Rohit Sharma