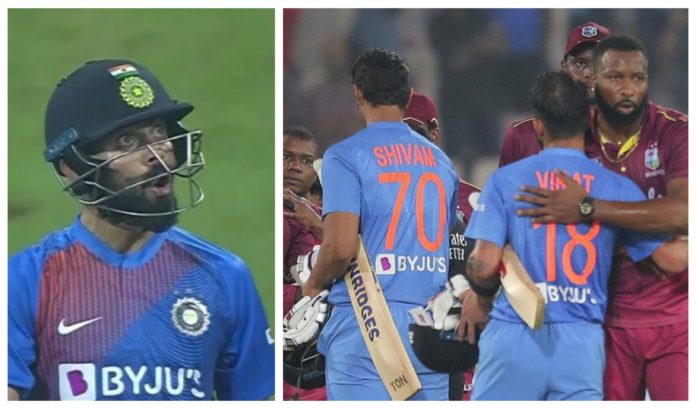 India secured the series by a margin of 2-1 after defeating the visitors by a margin of 67 runs. The Wankhede stadium witnessed a run-fest that amassed over 400 runs to provide a memorable culmination to an enthralling series. 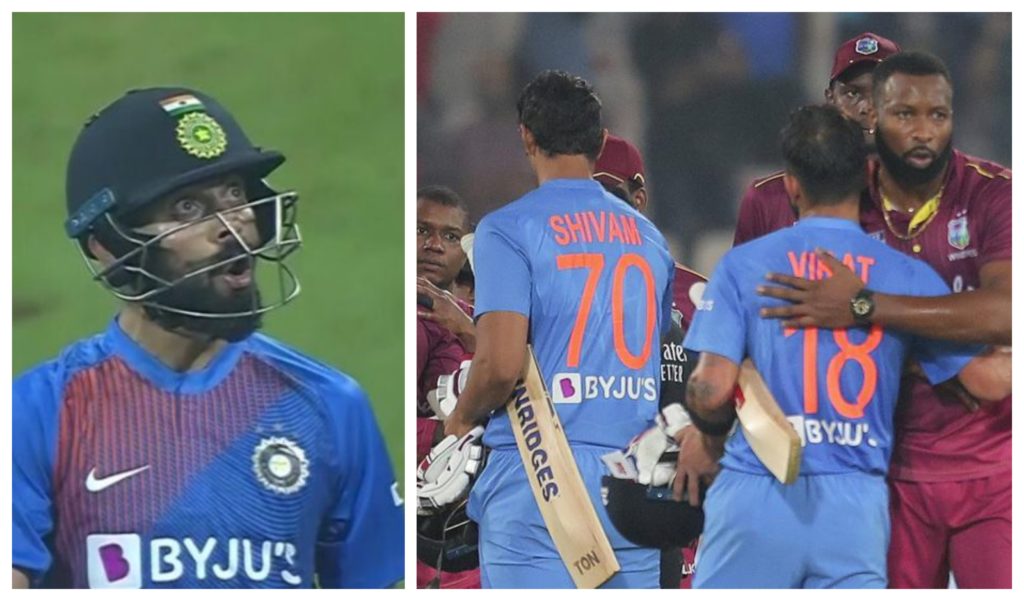 West Indies named an unchanged eleven after winning the toss. Mumbai Indians’ hero Kieron Pollard elected to bowl first with him being familiar with the conditions after playing for over 9 years for the franchise.

Virat Kohli, on the other side, named two changes in the eleven which suffered a defeat at Thiruvananthapuram. Mohammad Shami and Kuldeep Yadav made their way into the line-up with Ravindra Jadeja and Yuzvendra Chahal paving way for the duo.

India faced a precarious situation with their shaky record batting first in the shortest format and countering the infamous dew which makes its mark in the second innings.

However, the hosts were off to a flying start with the hometown hero shaking off doubts concerning his poor form while being duly aided by KL Rahul at the other end.

The duo smashed Cottrell for 15 off his second over after being rather subdued for the first couple of overs. The innings proceeded to propel as the opening pair took full advantage of the fielding restrictions and averaging a couple of boundaries every over to take their powerplay tally to a whopping 72-0.

The pair showed no signs of slowing down and brought up their 100-run stand in a blink of the eye. Rohit Sharma failed to get his record fifth T20 hundred after getting dismissed for 71 off Williams. A new shuffle saw Rishabh Pant being promoted to No.3. The wicket-keeper’s tumultuous time continued with a second-ball duck.

Virat Kohli capped off his series with an entertaining knock of 70 off just 29 deliveries which marks one of his most explosive innings ever. The Indian captain had the last laugh in his battle against pacer Williams with a slew of boundaries that brought the Wankhede to its feet amongst the sea breeze.

KL Rahul failed to notch up his hundred after getting dismissed in the final over for 91. The Men In Blue eventually ended up with 240-3 after the end of 20 overs.

West Indies were in utter tatters scaling the huge target set by the hosts. Deepak Chahar swung the ball around initially which resulted in mistimed shots and edges. The Indian fielding unit gobbled up the catches to trigger an early collapse.