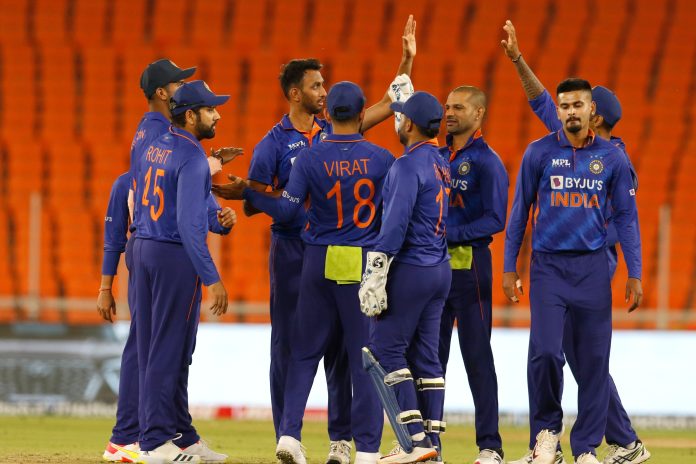 Team India took on the West Indies in the final ODI of the three-match series. The Men In Blue registered a massive win by 96 runs to complete the whitewash. Shreyas Iyer shone with the bat while the bowling attack stitched together a complete performance. 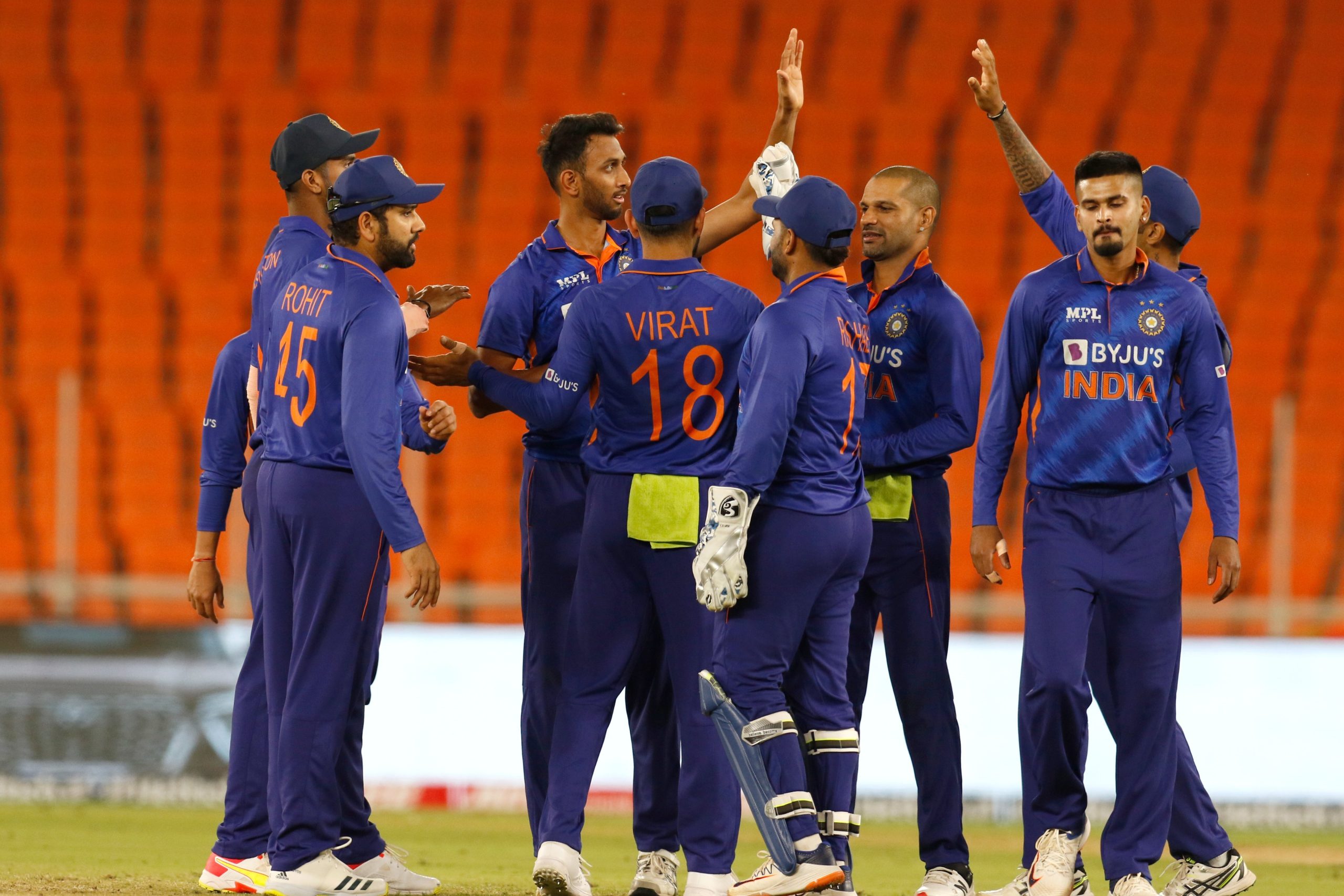 Opting to bat first after winning the toss, Rohit Sharma announced four changes to the side from the second ODI. Deepak Chahar, Shreyas Iyer, Shikhar Dhawan, and Kuldeep Yadav came into the squad. KL Rahul, Shardul Thakur, Yuzvendra Chahal, and Deepak Hooda made way for the changes.

With Kieron Pollard still out with a niggle, Nicholas Pooran continued as captain and named a single change to the team. Leg-spinner Hayden Walsh Jr. replaced Akael Hossain in the playing XI.

Opening the innings after nearly a year, Rohit Sharma and Shikhar Dhawan did not make the occasion a memorable one. The captain was bowled by Alzarri Joseph in the fourth over. The pacer struck again in the same over by dismissing Virat Kohli for a duck. The former captain was caught behind off a stray delivery outside leg-stump.

The top order’s end came with the wicket of Shikhar Dhawan. Coming into the side after battling COVID-19, the left-handed batter could only muster 10 runs off 26 deliveries before being caught at slip.

Former Delhi Capitals pair Shreyas Iyer and Rishabh Pant forged a crucial 116-run stand to rescue India out of trouble. The wicket-keeper batter played the role of the aggressor while Iyer held the innings from the other end.

Pant departed for 56 and Suryakumar Yadav followed suit soon after scoring only 7. Iyer shared yet another important stand with Deepak Chahar to push India towards a competitive score.

The 26-year-old was dismissed for 80 by Hayden Walsh Jr. in the 38th over. Deepak Chahar and Washington Sundar scored vital runs at the back of the innings. The all-rounders scored a combined 71 runs to end India’s innings at 265.

Deepak Chahar sizzled with the new ball by moving the ball both ways. Mohammad Siraj struck first by trapping Shai Hope in front. Chahar followed it up with two wickets in a single over off traditional outswingers.

The in-form Prasidh Krishna came into the picture as well and got the edges of Darren Bravo and Jason Holder. The returning Kuldeep Yadav, while getting hit for a six in the first over, stuck with his approach and was rewarded with two wickets.

Odean Smith struck a small cameo right before the IPL Auctions before falling to Siraj. The pair of Alzarri Joseph and Hayden Walsh frustrated the bowlers by playing 77 balls for the ninth wicket partnership. Prasidh Krishna finished things off to hand India the series win by a 3-0 margin.