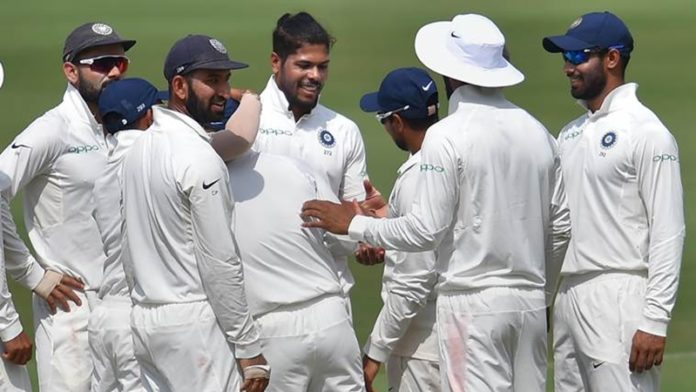 Team India finished off the job in quick fashion with yet another dominant victory over the visitors. The hosts managed to secure their first ever ten-wicket victory over the Caribbean side who failed to trouble the opposition over the course of the series. 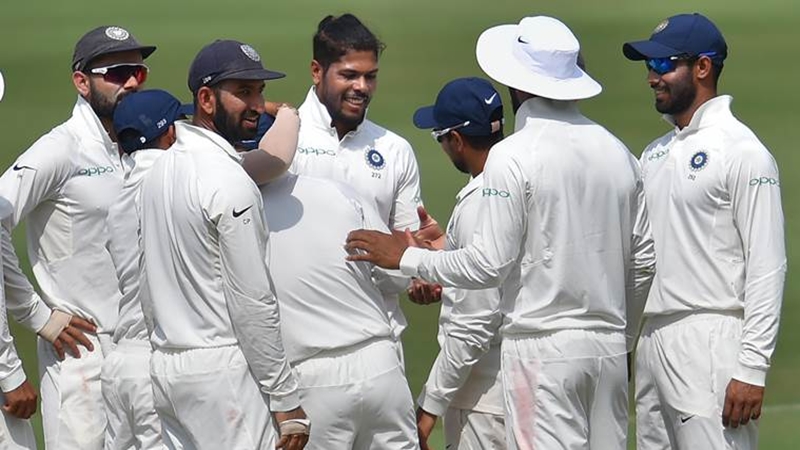 A good contest was expected after West Indies managed to claw their way back into the contest after dismissing the Indian side for 367. Rishabh Pant got out on 92 for the second successive time while Ajinkya Rahane too did not add much to his overnight score.

With a trail of 56, the visitors had a horror time out in the middle in the third innings as they bowed out for just 127, leaving India just 71 to chase down by the end of the day’s play.

Umesh Yadav was yet again the pick of the Indian bowlers with figures of 4-45. The Vidharba pacer secured his first ten-wicket haul in international cricket and became just the third Indian pacer to notch up a 10-fer in home soil.

West Indies batting order crumbled to Yadav’s pace and the pressure applied by the spin trio of Ashwin, Kuldeep Yadav, and Ravindra Jadeja.

Indian openers, Prithvi Shaw and KL Rahul beat the clock by chasing down the total in 16 overs to end the fixture in just 3 days. While Shaw continued his fine touch, Kl Rahul got some time in the middle ahead of the much important overseas tour against Australia.

Man Of The Match: Umesh Yadav

Man Of The Series: Prithvi Shaw

Cricket: Was it worth it?: Fan who invades pitch to click selfie with Virat Kohli to have a case filed against him

Cricket: Reason for India’s wild success in matches in Hyderabad? A Ganesha temple