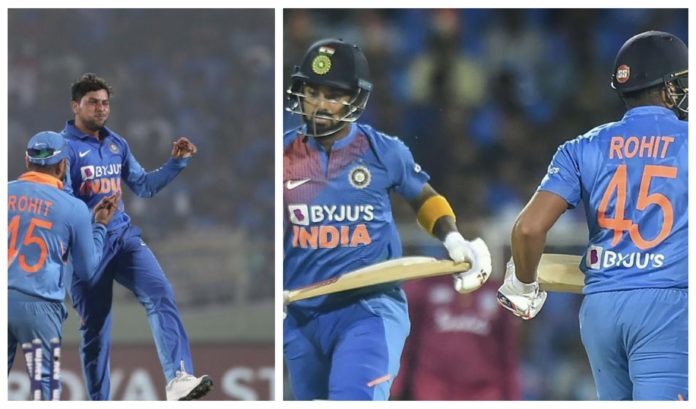 India clawed their way back into the series with a massive win in Vishakapatnam. Centuries from Rohit Sharma and KL Rahul along with a historic hattrick from Kuldeep Yadav stole the limelight while fielding still remains a concern for the Men In Blue ahead of the series decider in Cuttack. 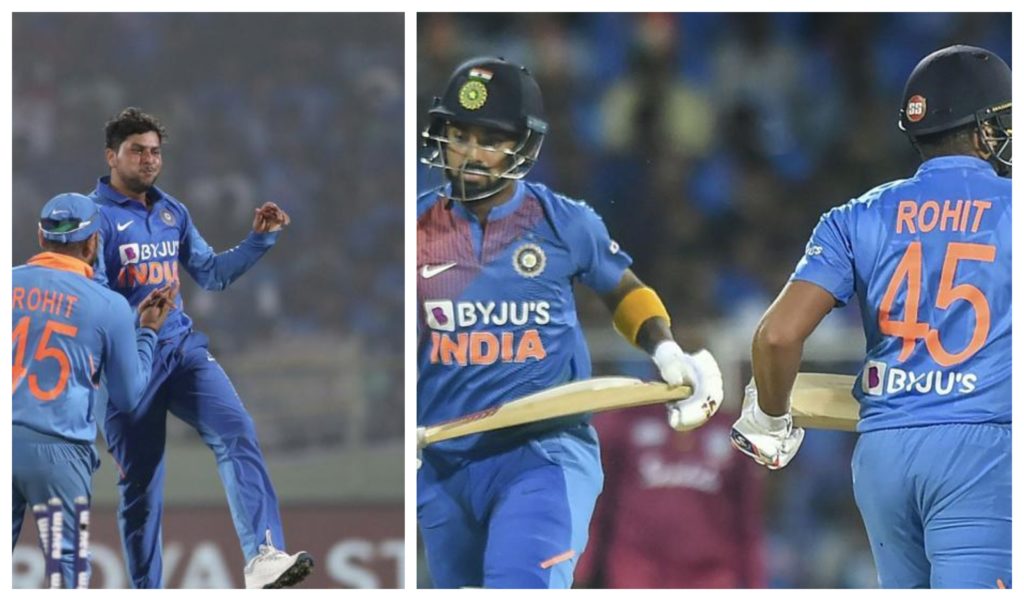 Winning the toss for the fourth time in a row, Kieron Pollard elected to bowl first. The Windies skipper handed a debut to Kharry Pierre which left leg-spinner Walsh off the playing eleven while at the same time bringing in Evin Lewis for Sunil Ambris. On the other hand, India named a change in the form of the inclusion of Shardul Thakur in place of Shivam Dube.

India took advantage of a flat deck with the openers going for the attack after getting settled. The pair amassed a mammoth 227 run-stand for the first wicket with both the openers getting their respective tons.

KL Rahul was soon dismissed after getting to his milestone which was followed by a rare first-ball duck for Virat Kohli in his happy hunting ground. While it seemed as if The Hitman would get to a mind-boggling 4th double hundred, Sheldon Cottrell got the better off him with the batsman being 41 short off the landmark.

A whirlwind final ten overs saw the Indians pile up 127 runs as Shreyas Iyer getting to his fourth consecutive fifty with Rishabh Pant helped himself to a quick-fire cameo. The Men In Blue got to their second-highest total against the Windies after posting 387-5 on the board.

The Windies began the chase on a very good note as Shai hope continued his purple patch with yet another fifty. Despite wickets tumbling in the initial phase of the middle overs, Nicholas Pooran got into a six-hitting spree which was helped with a few glaring errors in the field by India.

The game was turned on its head with the dismissal of the wicket-keeper batsman by Mohammad Shami. The bowler capped that effort after dismissing Kieron Pollard the very next ball. This marks the first instance where both the captains were dismissed for a golden duck.

The landslide continued with a Kuldeep Yadav hat-trick which went onto seal the inevitable and keeps the series alive.