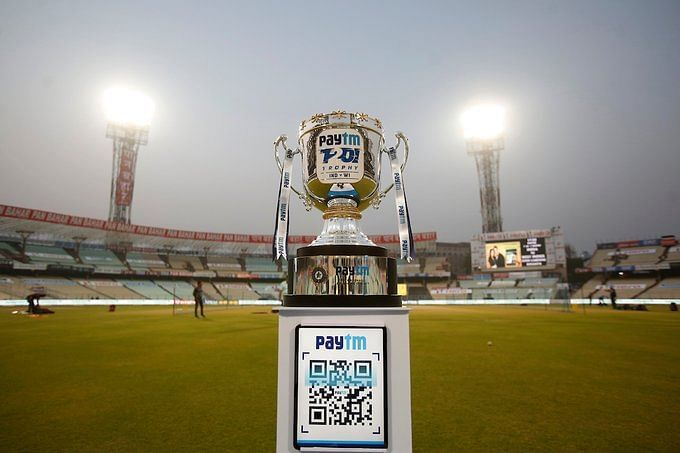 Team India’s journey to the T20 World Cup reached an important stop in the form of a T20I series against a formidable West Indies unit. The Men In Blue compiled a five-wicket win after a middle-overs stutter. Ravi Bishnoi had a memorable debut while Mumbai Indians duo Rohit Sharma and Suryakumar Yadav shone with the bat.

Rohit Sharma, coming into the series on the back of two consecutive 3-0 whitewashes as India’s full-time limited-overs captain. He won the toss and opted to bowl at the Eden Gardens. The team gave Ravi Bishnoi his maiden cap right before the toss. Kieron Pollard returned back to captain the side after recovering from a niggle.

The Windies began the innings in a typical fashion, looking for boundaries during the field restrictions. Bhuvneshwar Kumar struck early by dismissing Brandon King in the very first over.

Kyle Mayers depended on slog hitting for his runs while Pooran entered with a similar mentality. The introduction of spin changed things. Chahal struck straightaway by trapping Mayers in front.

Debutant Ravi Bishnoi, after a right first over, took two wickets in his next over to leave the WIndies 74-4 in the 11th over. Nicholas Pooran, having fetched 10.75 crore at the recent auction, played a sublime knock 61 off 43 deliveries. A cameo in the end by Pollard propelled the team to 157-7.

Rohit Sharma and Ishan Kishan got India off to a flier with the skipper taking the initiative. The duo put up 58 runs in the powerplay. Odean Smith took a composed catch right on the edge of the boundary rope to end the captain’s whirlwind innings of 40 off 19 deliveries.

Kishan struggled for timing throughout the innings and perished for 35 off 42 balls. Kohli started on a bright and brisk note but holed out to long-off after scoring just 17. Windies continued to get back into the game in the middle overs. Rishabh Pant got out following an ill-timed shot to leave the task to the lower-middle order.

Suryakumar Yadav and Venkatesh Iyer kept their calm and took the team home with an over to spare.

Kevin Pietersen requests for assistance after misplacing his PAN Card