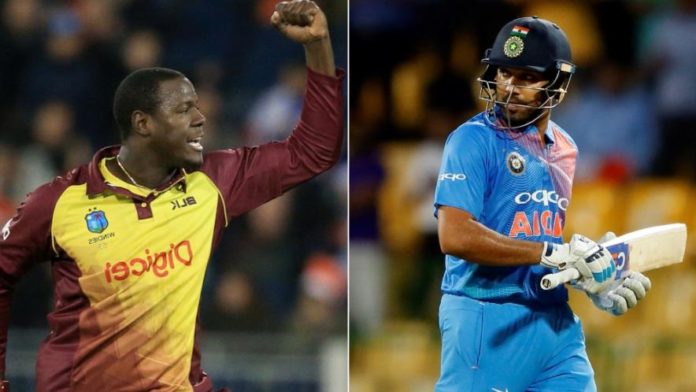 The final phase of the Windies’ tour of India comprises of 3 T20 Internationals. While the visitors were decimated in the test series, the side showed a glimpse of sheer resilience in the subsequent ODI’s.

With the shortest format of the game aiding the Caribbeans due to the presence of big hitters and match-winners in their side, a keen contest in on the cards. 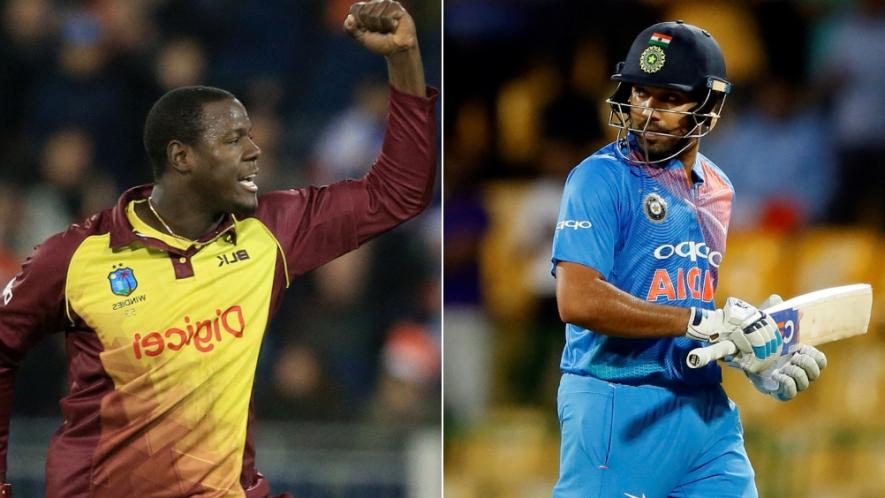 Returning to a familiar venue of Eden Gardens where the West Indies astonishingly won the T20 World Cup back in 2016, confidence would be at large. India, on the other hand, hosting the Windies for the first time ever in a T20 series will look to inculcate the winning run across all formats.

The Men In Blue are also set for life without MS Dhoni in this format as the wicket-keeper batsman was not selected for the squad. India named their 12-man squad for the fixture which indicates a debut for either Krunal Pandya or Khaleel Ahmed. It is to be noted that, Virat Kohli is rested for the series and Rohit Sharma would be taking over the captaincy reigns.

Meanwhile, the visitors will be without Andre Russell, who played his share of games at the Eden Gardens as part of the Kolkata Knight Riders. The return of the experienced Kieron Pollard should be a boost for the side led by Carlos Brathwaite.

Rohit Sharma: The Indian skipper is in tremendous touch and not to mention his fondness for the Eden Gardens. West Indies bowlers would be in for a long night if The Hitman finds his rhythm.

Shimron Hetmyer: Despite fading out over the course of the ODI series, one cannot neglect the threat that the left-hander possesses.

How to watch: Star Sports Network and Hotstar

A sign of the times? Indian team turn down beef in Australia