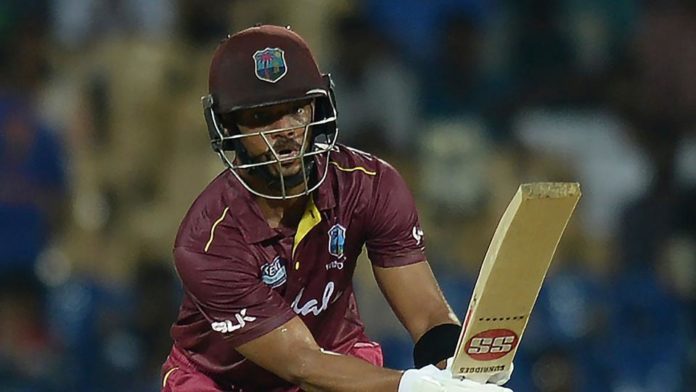 Just like in the T20 series, West Indies managed to stake their early claim with an emphatic victory. The visitors knitted a perfect chase as India were left chasing answers at the end of the game in Chennai. Centuries from Shimron Hetmyer and Shai Hope helped the WIndies take the lead in the series with two matches to go.

Kieron Pollard opted for a bold choice by electing to bowl first on a dry sluggish surface at The Chepauk. The West Indies skipper opted to leave out Evin Lewis, Kharry Pierre, and Brandon King. On the other side, Virat Kohli opted to leave out Manish Pandey, Mayank Agarwal, Chahal and Shardul Thakur from the 15-man squad.

The visitors took advantage of the two-paced nature of the pitch and dug in early with slower deliveries. The move paid off dividends as Sheldon Cottrell nicked up the wickets of KL Rahul and Virat Kohli inside the first powerplay itself.

Rohit Sharma stuck in with patience but his 56-ball vigilance knock ended courtesy off Alzarri Joseph. Coming in at No.5 at a precarious situation Rishabh Pant played with composure en route his maiden ODI fifty.

Shreyas Iyer too got to his fifty at the other end as the pair began to lay the foundation for a flourish at the end. The 114-run stand ended with the wicket of Iyer who fell for 70 while Pant followed suit soon after scoring 71 off 69 deliveries.

Kedar Jadhav and Ravindra Jadeja spiked the run rate with a fifty run stand. The Chennai Super Kings’ duo had their partnership broken with the dismissal of Jadhav. Soon after a bout of controversy plagued with the wicket of the all-rounder.

A direct hit from Roston Chase had caught Jadeja short off the crease, but the on-field umpire Shaun George opted to not refer the call upstairs. With the proceedings for the next ball being in process, there was a late appeal by the visitors led by Kieron Pollard who forced the umpire to go upstairs after seeing the replay on the screen. India ended up with 288-8 after the end after a flat finish.

Despite notching up the wicket of Sunil Ambris early on, a mammoth second-wicket stand between Shimron Hetmyer and Shai Hope took the game away from the Men In Blue and secured the lead in the process as well.

The two teams now head to the coastal city of Vishakapatnam for the second ODI.