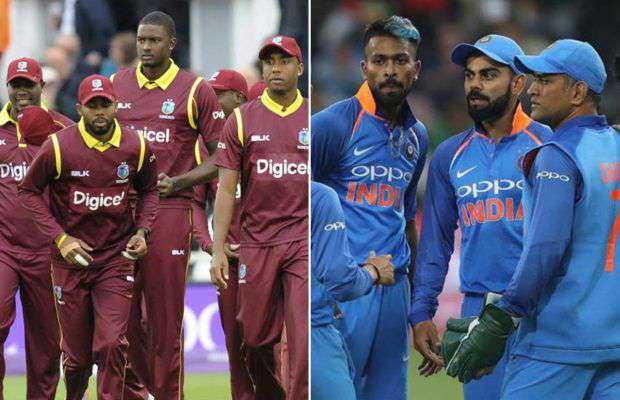 Having made easy work of the visitors in the two-match test series, the action moves on to the fast-paced limited over series. India start as favorites against West Indies who are out to resolve their existential crisis.

The Windies will begin their trial by fire at a venue that will host it’s first ever ODI. Having been a dumping ground before, the stadium has risen after an immense struggle with regular tussles against the government as well as the BCCI.

The Men In Blue did not fare well last time at the Barsapara Cricket Stadium after a tame 8-wicket defeat to the Aussies in the T20 format. The home side will look to topple that with a winning effort against the struggling Windies.

The visitors suffered an early blow as the destructive opening pair of Chris Gayle and Evin Lewis opted out of the tour. While West Indies are eyeing to fix the gaping cracks, it’s only a matter of oiling the machine for Virat Kohli an co.

The Indian skipper claimed ahead of the clash that Ambati Rayudu is entrusted to solve India’s persistent No.4 issues while also explaining Khaleel Ahmed’s inclusion in the side as a measure to leave all the bases covered as well as adding in a mix to the bowling line-up.