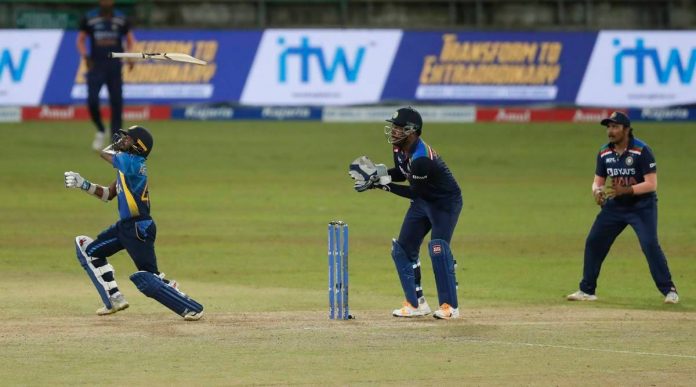 It was a historic outing at the R Premadasa Stadium in Colombo with as many as five players making their debut for India. The Lankan Lions, however, managed to end the series with a consolation win and avoid a whitewash. 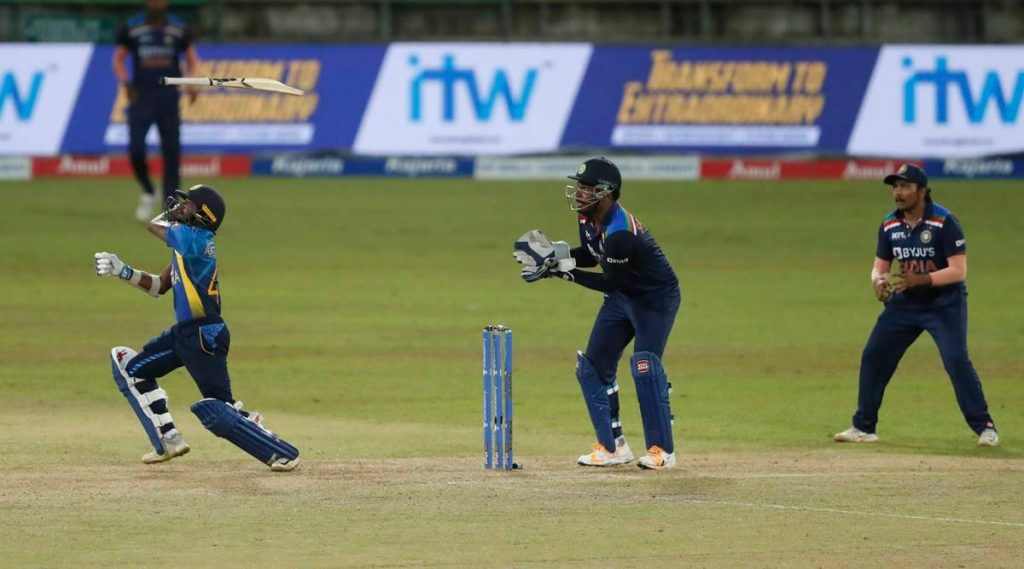 Team India ended their dismal run of losing the coin toss, and an elated Shikhar Dhawan chose to bat first. Sanju Samson, Nitish Rana, Krishnappa Gowtham, Chetan Sakariya, and Rahul Chahar all were named in the playing eleven. Sri Lanka also had three changes to their line-up with two being injury-oriented.

Shikhar Dhawan and Prithvi Shaw once again led their side to a positive side, but the captain fell early after gathering a faint nick to the keeper.

Shaw and Samson enjoyed a prolific second-wicket partnership. The blossoming stand was cut shoer after the opener was trapped in front by Shanaka. While a review was taken, it was in vain as Shaw missed the opportunity to score his maiden ODI fifty by a single run.

The same fate awaited Samson, who was also dismissed in the forties. Manish Pandey failed to make the most of his chance following yet another low score. Rain intervened soon after, forcing the contest to be a 47-over affair.

India failed to gather any sort of momentum after the halt. Sri Lanka were on top of the game with wickets at regular intervals. Barring Suryakumar Yadav, who was also dismissed in his forties, no batsman had an eventful outing towards the end. All-rounders Hardik Pandya and Krishnappa Gowtham were both scalped by Akila Dananjaya, who returned to haunt the Indian side once again.

Rahul Chahar and Navdeep Saini pushed India to the 200-run mark, but were soon bowled out with 3 overs left to spare.

India were able to grab a wicket in the powerplay through Krishnappa Gowtham. The off-spinner claimed the wicket of Minod Bhanuka in the sixth over.

Sri Lanka went on to cruise in the run chase since the run rate was not as imposing. Avishka Fernando and Bhanuka Rajapaksa enjoyed a 109-run stand to tilt the contest in the hosts’ favour.

The Men In Blue were able to make a late surge in the game through a mini-collapse which included Chetan Sakariya’s debut wickets. However, it proved to be a little late as Sri Lanka won the contest by 3 wickets.