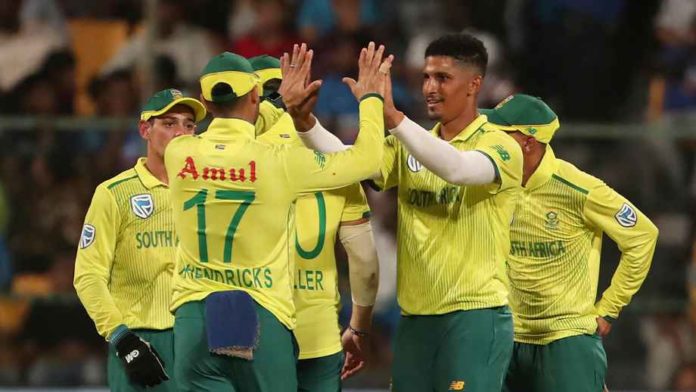 Protea left-arm pacer Beuran Hendricks and skipper Quinton de Kock helped South Africa draw level with a nine-wicket win at the M Chinnaswamy Stadium in Bengaluru. Hendricks in particular, as his tight spell of 2-14 didn’t let the hosts take a handful of runs. Quinton de Kock led with example with his unbeaten 79 and Temba Bavuma (27*) wrapped up the match with 4.1 overs still left to play. 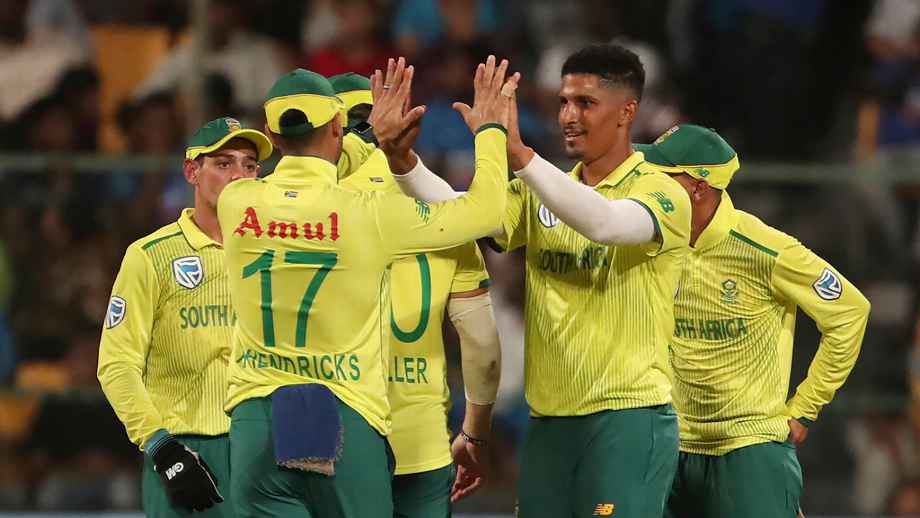 Surprisingly India chose to bat, something no other team did in six previous T20Is at this ground. But it was a calculated risk because Virat Kohli said during the toss that, they wanted to improve on their weaker suit which is setting targets and defending.

However, dew played a huge role as batting during the second innings became easier. de Kock an expert on these conditions through club cricket was in terrific form as he finished on 79 off 52 balls.

Earlier, India tried to make an excellent start, with Rohit Sharma punishing Rabada in the second over while Shikhar Dhawan stepped up to increase the speed of the game during the Powerplay restrictions. Dhawan then fell for 36 in the eighth over and his partner Rohit had been dismissed before that by Beuran Hendricks for the third time in T20 cricket. With India at 63 for 2 the middle-order of Kohli, Rishabh Pant, Shreyas Iyer, the Pandya brothers, and Ravindra Jadeja just managed 70 from 85 balls. Spinners Tabraiz Shamsi and Bjorn Fortuin disturbed the Indian batting through serious tight bowling, and the seamers Rabada and Hendricks began to vary with their pace regularly as scoring runs became a problem for India who struggled to 134 for 9 in their innings.

The teams will now begin the tests series at Pune on 2nd October.