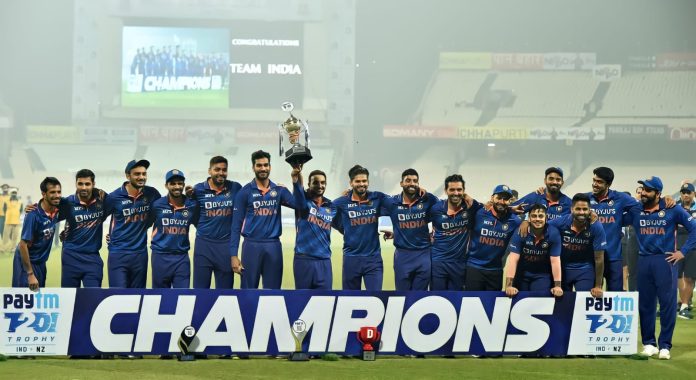 Rohit Sharma-led Team India emerged victorious after thrashing New Zealand by 73 runs in the third and final T20I at the Eden Gardens Stadium in Kolkata on Sunday. This victory helped the Men in Blue to whitewash the Kiwis as they have bagged the series 3-0. Skipper Rohit Sharma opted to bat first and his side put up 184 runs on the board for the loss of seven wickets. He himself played a brilliant innings while KL and other batters contributed runs to tally a solid score. Indians came up with a dominating performance with the ball as they bundled New Zealand for 111 runs.

India pull off a clean-sweep over New Zealand 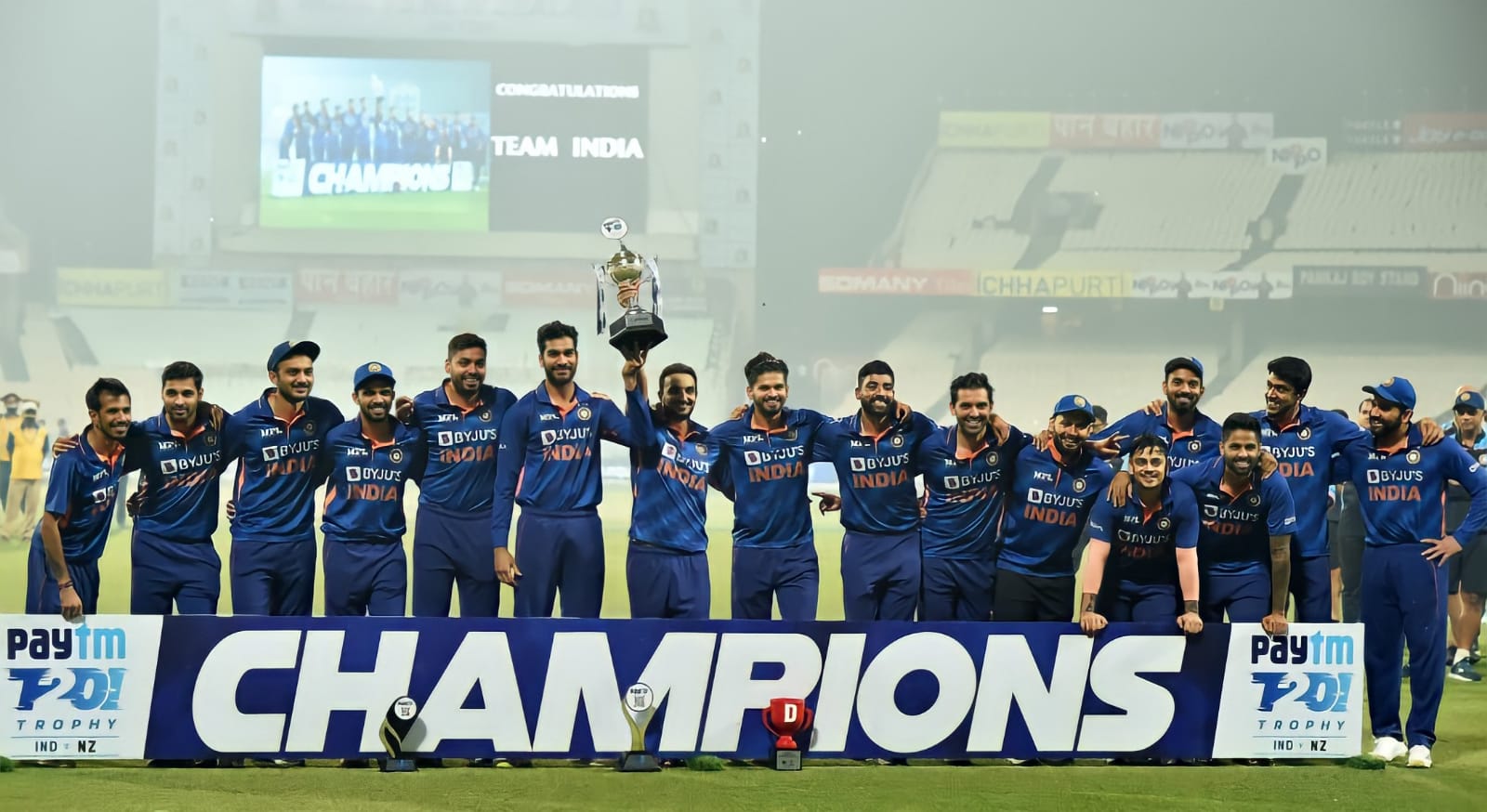 While for New Zealand, stand-in skipper Mitchell Santner was the stand-out bowler with his figures of 3/27 in four overs.

ALSO READ: Gautam Gambhir names one change that he would like to see in the third T20I

Coming on to bat, New Zealand looked strong initially. However, their batting order crippled against the destructive bowling show by the Men in Blue. The Blackcaps were bowled out for 111 with Martin Guptill top-scoring with a fine 36-ball 51. Left-arm spinner Axar Patel was the pick of the Indian bowlers who scalped three wickets.

It was Deepak Chahar who picked the final wicket for India as they won the game by 73 runs. This marks India’s biggest victory by margin over New Zealand.