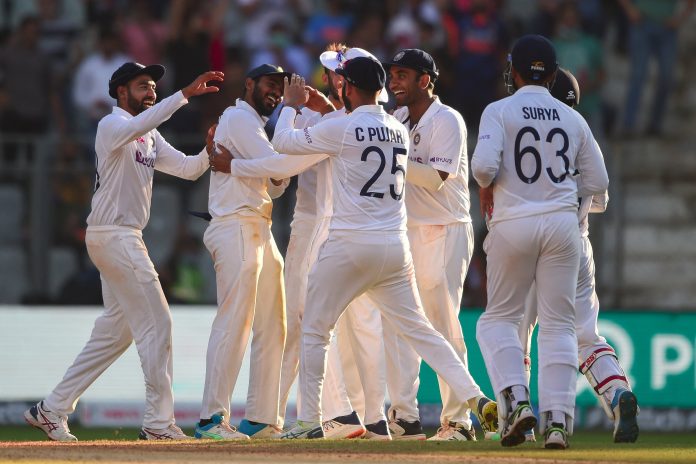 Day 3 of the final and second 2nd Test Match between India and New Zealand was full of action at Wankhede Stadium in Mumbai. Mayank Agarwal top-scored with 62 while useful contributions from Shubman Gill (47) and Cheteshwar Pujara helped India gain a massive lead over their opponents. Axar Patel then scored an unbeaten 41 off 26 before India declared their second innings. They ended their second innings at 276/7 with an overall lead of 539. The visitors have a mammoth 540 runs to chase down in just over seven-session.

India is moving close to a series-clinching victory 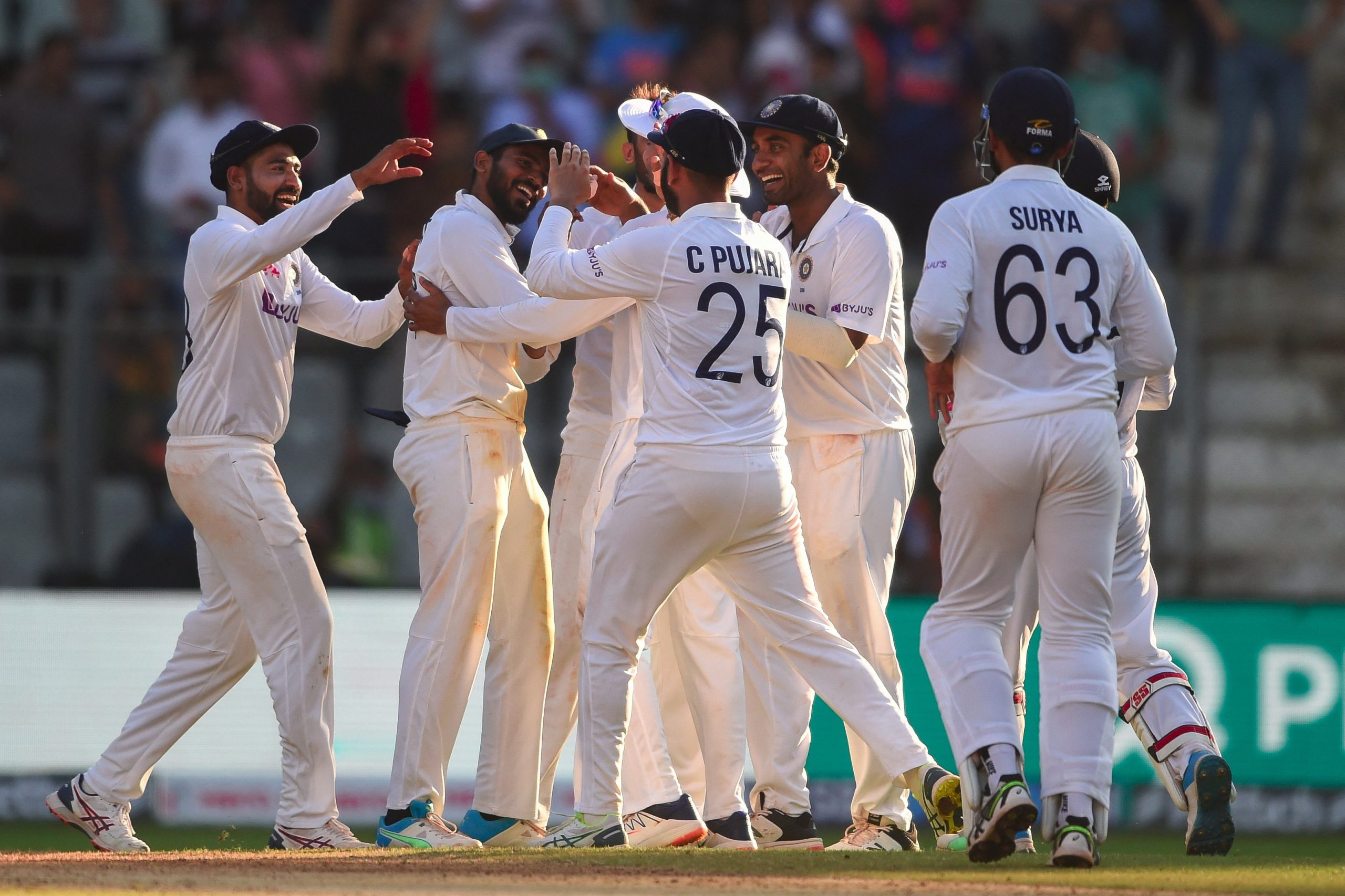 Among the New Zealand bowlers, the seamers failed to pluck a single wicket. Ajaz Patel was again the pick of the Kiwi bowlers, finishing with figures of 4/106 and thus taking his overall tally from the match to 14 wickets. Rachin Ravindra took 3/56.

New Zealand lost both their openers and Ross Taylor in the 540-run chase on Day 3. Ravichandran Ashwin trapped Latham lbw on 6. The New Zealand skipper challenged the on-field decision but the ball tracker showed three reds. New Zealand reached 13 for 1 at tea. Will Young was dismissed on 20. All the three wickets were plucked by R Ashwin.

Henry Nicholls and Daryl Mitchell started to rebuild the innings and amassed runs steadily. They brought up their half-century stand as Mitchell notched up his 2nd Test 50. However, the Men in Blue soon struck another dismissal as Mitchell went for a wild blast off Axar Patel which ended up getting caught by Jayant Yadav on 60. Soon after the 73-run stand, a mix-up between Tom Blundell and Nicholls resulted in the former losing his wicket.

At the Stumps of Day 3, New Zealand see themselves at 140 at the expense of five wickets. As it seems, the hosts are closing in on a victory on the home turf.