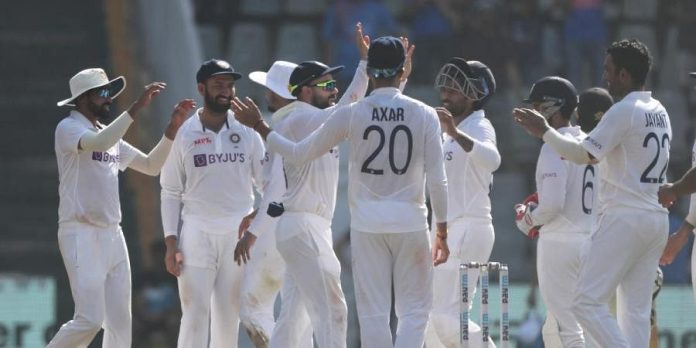 The second Test in Wankhede moved at  a ferocious pace on the second day as much as 16 wickets fell. The hosts completed their first innings, so did the visitors on a lively track and the fixture is highly likley to wrap up on Day 3. 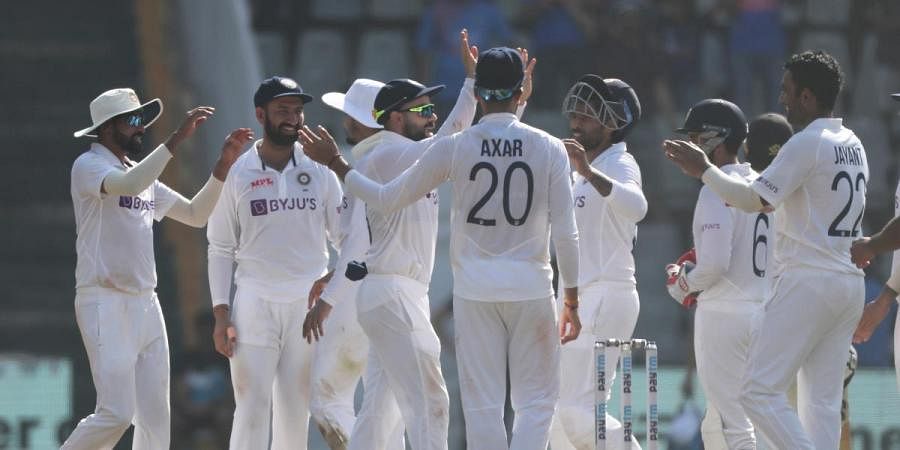 Centurion Mayank Agarwal and Wriddhiman Saha resumed from their overnight scores. Ajaz Patel continued with effect and success from one end. The wicket-keeper batsman was undone by a quick arm ball by the left-arm spinner and had to depart early in the day.

Ajaz Patel picked up his sixth by getting through Ashwin’s defence on the very first ball itself. The off-spinner wanted to take a review, but was unaware about the face that he had been bowled. Axar Patel played a composed knock and made his maiden Test fity while Agarwal reached 150.

Wickets tumbled after Agarwal was dismissed by a ball that turned sharply. India’s tail did not provide much resistance and gave way to Ajaz Patel, who scripted history. The bowler became the only the third player in Test history to claim all 10 wickets in an innings. India scored 325 in their first innings.

Mohammad Siraj took initiative with the new ball. He skittled the New Zealand top over in a single spell. Will Young was caught at slip by Kohli, Latham holed out at deep square leg with a bouncer and the best of the lot came through Ross Taylor’s wicket, whose off stump was uprooted.

Following the opening act by Siraj, the spinners took charge. Wickets kept tumbling for the visitors with Axar striking in his second over while Ashwin hit the stumps on his very first ball. The latter went past Shaun Pollock in the wickets tally after finishin with 4.

New Zealand were bundled out for just 62, which marks the lowest ever Test total in India. India chose not to enforce the follow-on in the second innings.

Shubman Gill, who received multiple blows to his elbow and finger while fielding was not fit to open. Cheteshwar Pujara took his place at the top of the order. He and Mayank Agarwal opened the innings and stretched the lead. Pujara donned the role of the aggressor with boundaries at regular intervals. India finished the day on 69-0, with a lead of 332 runs.