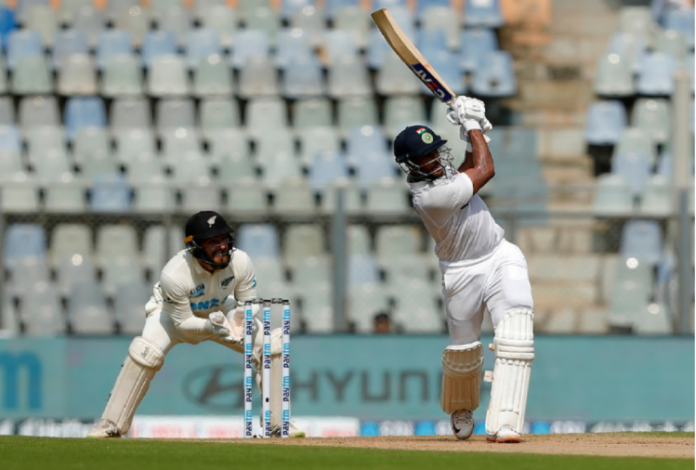 Team India and New Zealand took on each other for the final match of the tour. With the Test series poised at 0-0, the fixture in Wankhde was the decider. The hosts finished on 221-4 after the end of the first Day in Mumbai. 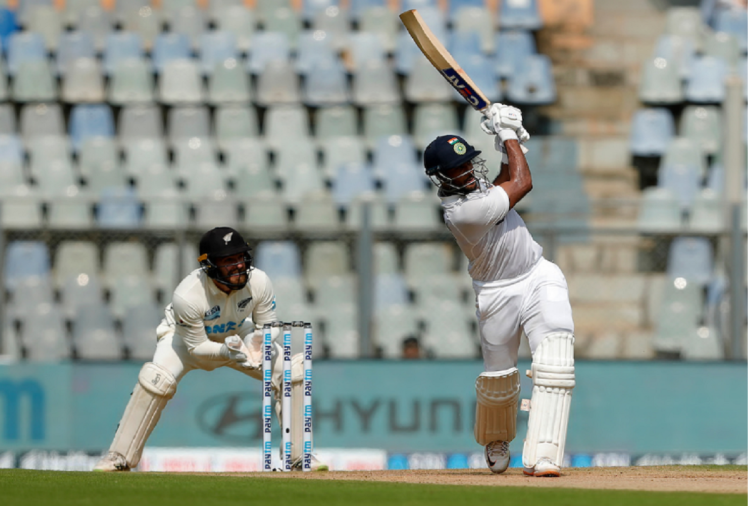 Virat Kohli won the toss and chose to bat on a surface that was under the covers due to rain. The play was delayed by a few hours due to a wet outfield. India’s senior trio of Ajinkya Rahane, Ravindra Jadeja, and Ishant Sharma missed out due to injuries. Virat Kohli, Mohammad Siraj, and Jayant Yadav were the replacements.

The hosts were off to a solid start. Mayank Agarwal and Shubman Gill were at ease against the New Zealand pacers. The duo brought up their 50-run partnership and looked to bat the entire first session. The onset of spin changed their fortunes.

Ajaz Patel got grip and bounce from the surface right from the word go. Gill got a reprieve when he stepped out of the track and Tom Blundell missed the straightforward stumping chance. He, however, could not make most of it as he was caught at slip the vert next delivery.

Out of form, Cheteshwar Pujara was Patel’s next victim. The highlight of the session came through Virat Kohli’s wicket. The Indian skipper making his return after a break had to depart without making a single run. After getting trapped in front by an arm ball off Ajaz Patel, the lack of conclusive evidence became Kohli’s downfall. The on-field decision made by Anil Chaudary was upheld.

Agarwal and Shreyas Iyer began the rebuild job for the team. The hometown hero fell soon in the final session and could only make 18. He marked Patel’s fourth wicket of the innings.

The opening batsman made sure to make most of his start and converted his fifty into his 4th century. Wriddhiman Saha proved to be the perfect ally as they stitched a crucial partnership for the fifth wicket.