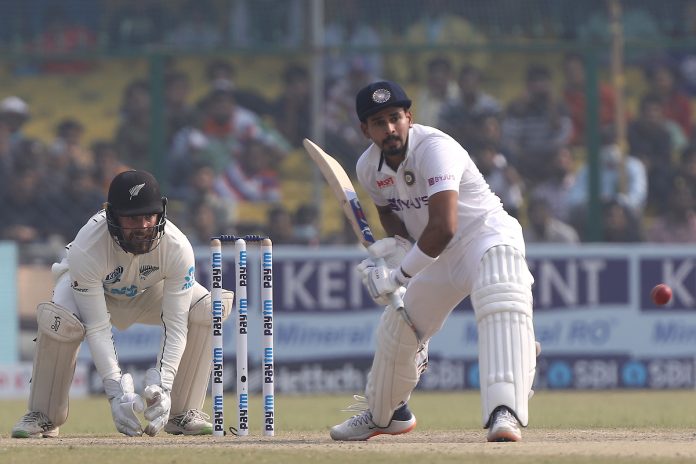 Team India’s Shreyas Iyer turned out to be the stand-out performer on Day 4 of the 1st Test match between India and New Zealand which is underway at Green Park Stadium in Kanpur. The Men in Blue resumed from their overnight score of 14 runs at the expense of one wicket, having 63 run lead. A fine knock from Iyer helped India put up a strong total of 234/7 on board before declaring. India are now eyeing to pile up pressure on the visitors and will be looking for a victory.

Shreyas Iyer continues to showcase his brilliance in the 2nd Innings 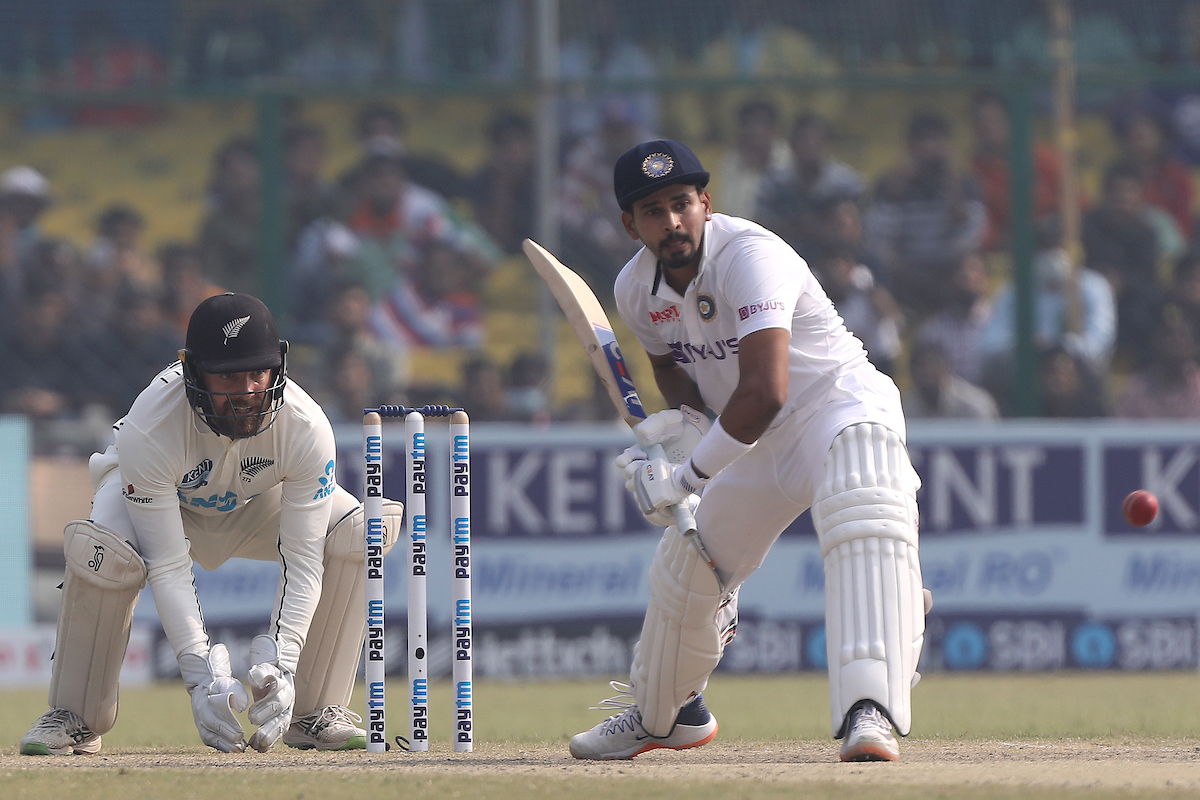 India’s top order crippled on the fourth day after the bowlers gave the hosts a handy 49-run lead, by dismissing New Zealand for 296 in the first innings. Tim Southee and Kyle Jamieson created a mess of Ajinkya Rahane’s team as they strived at 51/5. It was the debutant Shreyas Iyer who stitched an important 52-run stand with Ravichandran Ashwin to take India’s overall lead past the 150-run mark.

Following the dismissal of Ashwin, Iyer played sensibly alongside wicket-keeper batter Wriddhiman Saha. The duo bagged crucial boundaries. Iyer reached his half-century to become the first Indian batter ever in the history of Test cricket to score a century and a fifty on debut. He had become the 16th Indian to slam a century on debut in the first innings.

Iyer was eventually dismissed for 67 as he got a faint glove to a short ball from Southee which he was trying to pull. His 64-run stand with Saha took India past the overall lead of 200 runs. Shreyas hit 8 beautiful boundaries and a six in the second innings.

New Zealand now require 284 runs to win the first Test match and they came in to bat for few overs. At the Stumps on Day 4, the Blackcaps see themselves at 4/1.