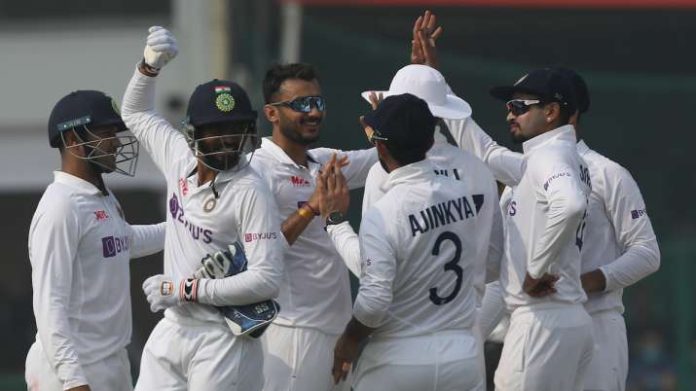 The moving day of the first Test between India vs New Zealand lived up to its billing after an enthralling day of cricket highlighted by the battle between the bowlers and the batters’ resilience. The host have a vital 63 run lead with 9 wickets in hand. 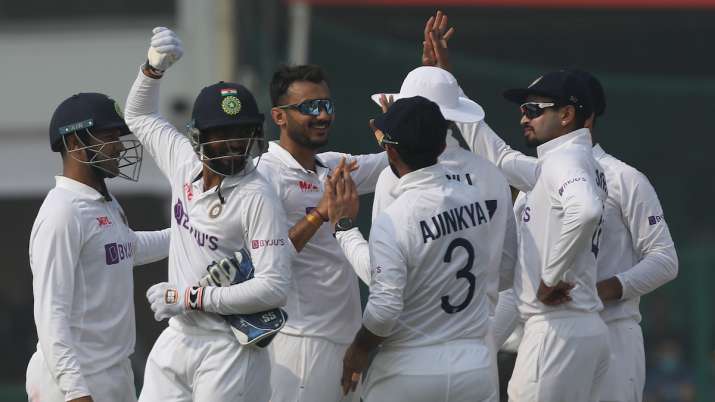 The hosts’ bowling display on the previous day laced serious potency which led to the Kiwis finishing a day without any casualties. Resuming from their overnight score of 129, the duo brought up their 150 run-stand. India drew first blood right after the landmark with the wicket of Will Young.

While the Blackcaps were looking to close out the session on a high, Umesh Yadav struck a devastating blow by dismissing skipper Kane Williamson. The ace batsman was trapped in front by a delivery that jagged back in sharply after pitching.

Axar Patel shone in the second session as India went on to pick 4 wickets to turn the fixture in their side. The left-arm spinner set up Ross Taylor brilliantly by bowling with a wider release point. Taylor ended up playing inside the line which caught the outside edge. The rather thick edge was sharply pouched by stand-in wicket-keeper KS Bharat.

The substitute wicket-keeper continued his good work with a stellar stumping to remove Tom Latham. The left-handed opener played a formidable innings of 95 off 282 deliveries. He was undone by a delivery that bounced a touch too much. As he stepped out to fend it, the ball ricocheted off his gloves and made its way to Bharat behind the stumps, who completed the stumping.

The spinners toiled hard and cleaned up the rest of the bowling unit as the pitch started to misbehave with low bounce and turn. Axar Patel picked up his fifth five-wicket haul in Tests as India bowled out New Zealand for 296 to claim a 49-run lead.

India lost the wicket of Shubman Gill in the second over of their second innings. The youngster’s bat-pad gap was breached once again by Kyle Jamieson.